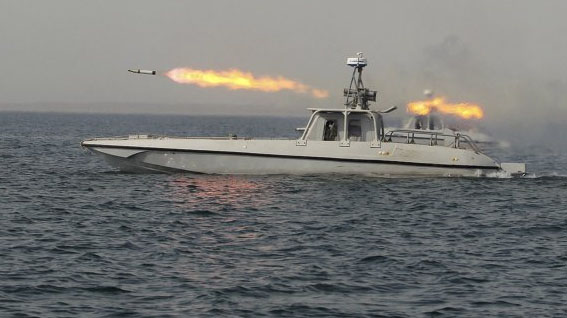 The selloff in crude yesterday, provoked by this Reuters article stating that Iran is ready to resume nuclear talks with the West, is now well over and the accumulation has again resumed, following (not so) stunning news that merely days after its 10 day Straits of Hormuz military exercise ended, the country is already preparing for yet another, “massive” naval exercise. As RT reports, “Iran is planning to hold new “massive” naval exercises near the strategic Strait of Hormuz within the next few weeks, the country’s Fars news agency has said, as Tehran’s tensions with the West continue to escalate following threats of new sanctions against the Islamic Republic over its controversial nuclear program.” And this time the wargame comes with a twist – it will likely occur just across from a comparable drill ran jointly by the US and Israel: “The newly announced Iranian drills, codenamed The Great Prophet, may coincide with major naval exercises that Israel and the United States are planning to hold in the Persian Gulf in the near future. AP quoted on Thursday a senior Israeli military official as saying the drills would be held in the next few weeks.” And since the Tonkin Gulf Resolution script is being used point by point, any lost escalation “chances” in the end of 2011 will surely be regained within days.

Iranian Defense Minister Ahmad Vahidi was quoted in the Fars report as saying the Islamic Revolution Guards Corps was planning to conduct “its greatest naval war games” near the Straight of Hormuz in the near future.

The announcement came just days after the Iranian navy completed its 10-day naval exercises near the Strait of Hormuz. The drills were held after the Islamic Republic threatened to block the waterway, where an estimated 40 percent of the world’s seaborne oil passes, in response to Western plans to ban oil imports from Iran. The Islamic Republic derives some 60 percent of its budget revenues from oil exports.

The exercises, called Austere Challenge 12, which both Israeli and U.S. officials have described as the largest-ever joint drills by the two countries, are designed to improve missile defense systems and co-operation between the U.S. and Israeli forces.