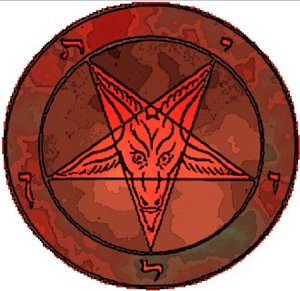 Nothing about eccentric performer Lady Gaga could be called middle of the road.

So it follows that when the flamboyant star creates a fragrance, it’s going to be a break from the normal saccharine offerings.

Blasting Britney Spears’ Fantasty and Justin Bieber’s Someday out of the sweetly perfumed water, Lady Gaga’s fragrance, said to be called Monster, is set to be a punchy concoction based on the molecular structure of both blood and semen.

Coty Beauty, which is the firm behind the fragrance, have not yet confirmed the details behind the name of Lady Gaga’s creation, but given Gaga’s fondness for the Monster association – her fans are called Little Monsters, while she has given herself the moniker Mother Monster as well as tattooing the name on her arm – the name seems a likely one.

Early reports suggested the perfume would have the heady aroma of blood and semen.

The finer points of this startling revelation have, however, now been clarified by the Lady herself.

When the 25-year-old Born This Way singer signed the license in September 2010, she allegedly requested that the scent smell of ‘blood and semen.’

But in fact, Gaga’s request was for the fragrance – set for release early next year – to be based on the molecular structure of the bodily fluids, not the actual aromas themselves.

‘You get the after-feeling of sex from the semen and the blood is primal’, she said.

The blood element is based on the molecular make-up of the star’s own blood.

‘It was taken out of my own blood sample so it’s a sense of having me on your skin,’ she said.

‘I wanted to extract sort of the feeling and sense of blood and semen from molecular structures, so that’s where [the rumours] came from.

‘That is in the perfume but it doesn’t smell like that,’ she confirmed.

2 thoughts on “SATANIST Lady Gaga On Her New Blood & Semen ‘Fragrance’: ‘It Was Taken Out Of My Own Blood Sample So It’s A Sense Of Having Me On Your Skin’ – ‘Actually The Perfume Smells Like An Expensive Hooker’”