Only PHYSICAL silver is real, everything else is an illusion. 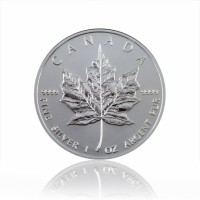 Got physical silver … and gold?

When 1.3 Billion people start investing in something…you might want to pay attention.

Chinese investment in silver has exploded since last year, with the trading volume going exponential. The China Daily reported today that the trading volume of silver forwards on the Shanghai Gold Exchange (SGE), China’s only exchange for the precious metal, surged 751 percent year-on-year in 2010. Meanwhile, the volume in September of this year was more than six times that of the same period in 2010.

Chinese commercial banks are now selling silver to investors in the hundreds of tons. One example is the Industrial and Commercial Bank of China Ltd (ICBC), China’s biggest lender which launched paper silver trading for individual investors in August of last year. The other large Chinese Banks have also introduced silver trading. The trading volume of ICBC’s paper silver products alone reached 300 tons in the first half of 2011, almost four times the figure for the whole of 2010. That’s right, one Chinese bank alone sold 300 tons or over 10.5 million ounces of silver in only 6 months. In only their first year of trading, ICBC bank alone will sell over 20 million ounces of silver which alone would represent over 2% of the total amount of silver mined on earth for the entire year.

The key factor to pay attention to is that most of these silver purchases are forward contracts and not the actual physical silver. What happens when Chinese investors demand physical silver instead of paper silver?

Modern day commodity markets are characterized by a continuing divergence between the “paper” and the real “physical” markets. The Chinese silver market is no different.

Most commodities trading takes place between parties than have no physical supply of the materials. In the Silver market, the distortion between the physical and paper markets is extreme. Every day in the global markets, $50 Billion dollars of silver can be sold daily by parties that actually own no silver. The global silver market will trade 1 billion ounces daily in global markets which is more than the entire amount of silver mined each year, which is close to 900 million ounces.

Demand for precious metals in China is skyrocketing. High inflation and a lack of investment options are the main culprits. With new housing regulations bringing housing investment to a standstill, investors are looking for new ways to invest cash. The housing market looks to go down and the stock market is widely viewed as corrupt and risky. Gold and silver are becoming increasingly popular.

China’s net imports of silver hit a record high in 2010 with the volume quadrupling to a total import amount of 3,500 tons. This is a major shift as China was previously a net exporter.

In China, silver has served historically as the main medium of exchange in China. It was an official currency in China as far back as the Han Dynasty (206BC-220AD). Silver Ingots were used to horde wealth and Silver Taels were produced by the government to function as currency or to back a paper currency. The Chinese word for “Bank” is literally translated as “Silver House”.

Chinese silver trading is largely a paper market today. Chinese Banks are selling paper silver in massive amounts which will no doubt continue to double or triple year after year. These paper silver contracts are redeemable in silver bars at the banks yet the banks do not have the silver. Chinese investors are often fickle and enjoy hard assets. What kind of short squeeze will develop when Chinese banks are forced to go onto the open market and buy physical silver to support Chinese investors when they switch from paper silver to physical silver?

What is the Mandarin term for “The mother of all short squeezes”?

1 thought on “Chinese Silver Investment Goes Parabolic … And When 1.3 Billion People Start Investing In Something … You Might Want To Pay Attention”