NGO “FoE Japan (Friends of Earth Japan) did its own survey of radiation contamination in Watari District in Fukushima City with the help from Professor Tomoya Yamauchi of Kobe University. Watari District has high radiation levels throughout the district, but the national government has so far refused to designate anywhere in the district as “evacuation recommended” area.

If the government designate an area as such, the government has to pay for the relocation cost. As the result, the designation in other cities like Date City has been very arbitrary and spotty, rendering the whole exercise worthless. Often, the residents are simply moved to the other parts of the same city with slightly lower radiation.

The links at the NGO’s site are broken unfortunately, but the newspapers reporting the press conference, the highest contamination was 300,000 becquerels/kg of radioactive cesium. Here’s one from Asahi Shinbun (10/5/2011), which is one of the better Japanese newspapers that tend to keep the links alive longer.

Judging from Professor Yamauchi’s air radiation survey (in Japanese), this particular location looks like the one that had 23 microsieverts/hour radiation at 1 centimeter off the surface of the dirt in the roadside drain. Professor Yamauchi hypothesized that radioactive cesium from surrounding mountains and forests washes down the drain after the rain, and naturally gets concentrated in the dirt.

He also said that spraying water with high-pressure washers hardly work at all on concrete and asphalt surfaces, as radioactive cesium is now deeply embedded in the concretes and asphalt. The only way to decontaminate concrete and asphalt, the professor said, was to physically remove all concrete structures – houses, fences, pavement, etc., which he said would destroy the neighborhood. He is of the opinion that all the residents in the district should be evacuated first, with the government paying for the cost, and the experts should get to work to truly “decontaminate”.

Or in the case of Minami Soma City, it is as if the residents in contaminated areas could feel comfortable enough to remain there by doing the “decontamination” work, as one volunteer related in the US ABC News interview in August. “If this radiation is going to stick around here for five to 10 years, we have to learn to live with it,”she said, instead of moving away from the high radiation area. For her, shoveling dirt from the kindergarten playground was a way to live with “it”.

17,000 people live in Watari District, with beautiful mountains and water. It is dubbed “hidden paradise” in Fukushima City for the scenery like this: 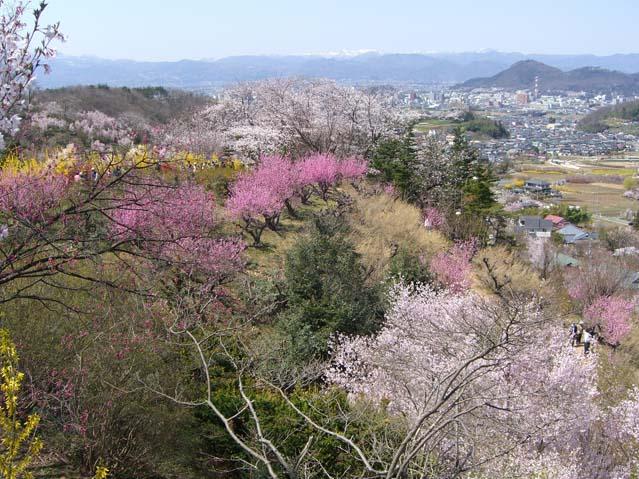 – Iitate (45 Km From Fukushima Nuke Plant): Despite Removing Topsoil Radiation Levels Remain High – All Forests Must Be Cut Down To Reduce Contamination

– CRIMINALS OF THE WORST KIND: Japanese Government Will No Longer Measure PLUTONIUM (The Deadliest Substance On The Planet)!!!

– GENOCIDE: Prof. Chris Busby Exposes The Sinister Agenda Behind The Japanese Government Trucking Higly Radioactive Material From The Fukushima Area ALL OVER JAPAN To Burn It

– Fairewinds: Safety Problems In All (Mark I) Reactors Designed Like Fukushima – Introducing A Japanese Language Edition

– Japanese Government To Send Seafood, Goods Made in Fukushima, Miyagi, Iwate As AID To Developing Nations

– Voluntary Radiation Decontamination In Japan: Shorts, Short-Sleeve T-Shirts, No Masks, Sneakers, With Small Kids (In Other Words, All The Things You Should Never Do)

– Fukushima Nuclear Plant Back Into Recriticality

– TEPCO: Plutonium 238, 239, 240 Detected At Fukushima Playground, Considered To Be From Triple Meltdown

– 28,000 Becquerels/Kg Of Radioactive Cesium In Wild Mushrooms in Fukushima

– Tokyo University Soil Expert: ‘This Is A Disaster Affecting All Residents Of Japan’ – ‘In 5-10 Years Time Cancer Or Illness Will Show’

Fukushima City should have been evacuated a long time ago:

– Evacuate FUKUSHIMA: Japanese Journalist Takashi Hirose: ‘It’s Like Killing Our Own Children, I Cannot Allow It To Happen’ – Teachers Force School Children To Eat Food That Their Parents Told Them Not To Eat

Here is what the Japanese and all the other elite puppet governments are really doing here:

– Independent Scientist Leuren Moret: Japan, US, Canadian Governments Complicit In Covering Up Fukushima Radiation – ‘We Are Facing Total Extermination And Genocide’ – ‘We Are On Our Own’ (Video & Article)

– This Is Outrageous: Japanese Government Killing Its Own People In Fukushima (Video)

The Japanese people are used as guinea pigs:

– Hiroshima To Fukushima, Finishing The Job: A Time For The Kill – ‘The Country Of Japan Is No More And The Land Is Permanently Uninhabitable’ (Veterans Today)

– Radiation ‘Experiment’ In Japan Just Got Bigger, As Fukushima To Fit All Infants, Kindergarteners, School Children With Radiation Monitoring Badges:

… these are not “dosimeters” but “glass badges” that passively collect radiation information. It won’t help these children or their parents to avoid high-radiation areas and spots, it won’t tell them how much radiation they will have been exposed unless they are sent in to a company to interpret the data.

This is outrageous and it is called mind-control:

– Unbelievable: Former NHK Director And Economist: ‘Doesn’t The Kyoto City Government Know That Radioactive Materials Will Be Dissolved And Rendered Harmless Once They Get Burned?’

– AND NOW … Meet The 3 Japanese Scientists That Say: ‘Plutonium is Not That Dangerous’ (Video)

– How the Brainwashing Was Done in Fukushima: Government Twitter Propaganda Would Make Josef Goebbels Proud

– Japanese Government Approves Over $900,000 In Funds To Combat ‘Erroneous Information’ (=Truth) About Fukushima

– Big Brother Japan: Government Monitors Tweets And Blog Posts To ‘Track Down Inaccurate Information And To Provide Correct Ones Instead

– 27,000 Becquerels/Kg Found At Kindergarten Over 200 Miles From Fukushima Nuke Plant

– High Level Radioactive Cesium In Manure From Radioactive Fukushima Cows, Pigs That Have Been Sold To Farmers All Over Japan

– 4,000 Potentially Radioactive Cows Shipped from One Farm in Namie-Machi, Fukushima

– Japan Is Only Conducting VOLUNTARY TESTING As Threat to Japanese Food Chain Multiplies, Cesium And Iodine Contamination Found In Milk, Vegetables As Far As 360 Km From Fukushima Nuke Plant