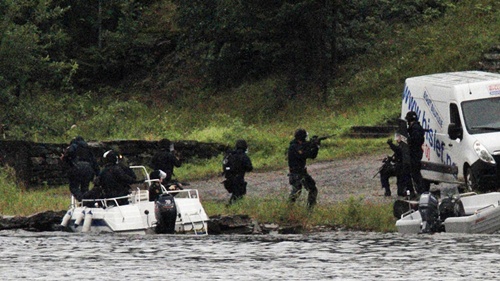 Norway’s emergency Delta Force unit conducted an exercise almost exactly like the attack at Utoya right before it happened for real. Photo: REUTERS

Sources within the top level management of the police in Oslo have confirmed to Aftenposten that the drill finished at 15:00 that same Friday. The bomb attributed to Breivik went off only 26 minutes after the anti-terror drill finished, according to officials.

According to Aftenposten all of the officers from the anti-terror unit who took part in the action and arrest of Breivik had a full week training on a mobile terrorist attack scenario in which one or more perpetrators only goal is to shoot as many people as possible and then shoot the police when they arrive.

“Chance would have it that way”, a key police source who wishes to remain anonymous, told Aftenposten.