There was little to smile about in today’s Treasury International Capital data for June (as always 2 months delayed). As usual the press release was chock full of irrelevant gross level data, so here is the bottom line. The good news: despite all the posturing China, continued to buy Treasurys, with its total increaseing from $1160 billion to $1165.5 billion. The bad news: China was more or less the only one buying, as total LT Treasury activity saw a net sale of $4.5 billion in June: the first net sale of US paper since May 2009, and only the third time we have seen a net sale of US paper since the start of the Second Great Depression (the third time being, paradoxically, just after the bankruptcy of Lehman, see chart below). The bad news gets downright ugly when digging into the foreign transactions. As is well known, total foreign purchases (or sales as the case may be) consist of central bank transactions, as well as those by non-monetary authorities, i.e., retail and institutionals. And here is where we get today’s record: at $18.3 billion in total non-central bank sales, this was the biggest one month sale of US Treasurys in history! Luckily, in keeping with the maintenance of the optics of the global ponzi, this was buffered by central bank purchases of $13.8 billion. With everyone needing someone else to buy their debt we wonder just how much longer, everyone will be able to buy everyone else’s debt, even as sales are bound to increase month after month. And the last really ugly news (for ponzi’ists): while China may be posturing, Russia is doing anything but: its holdings have plunged to a fresh multi-year low after Putin gave the green light to dump another $5 billion in US paper, bringing Russia’s total to just $110 billion, a 38% drop from the $176 billion in October.  A little birdie tells us gold is the primary beneficiary of this asset roll over. 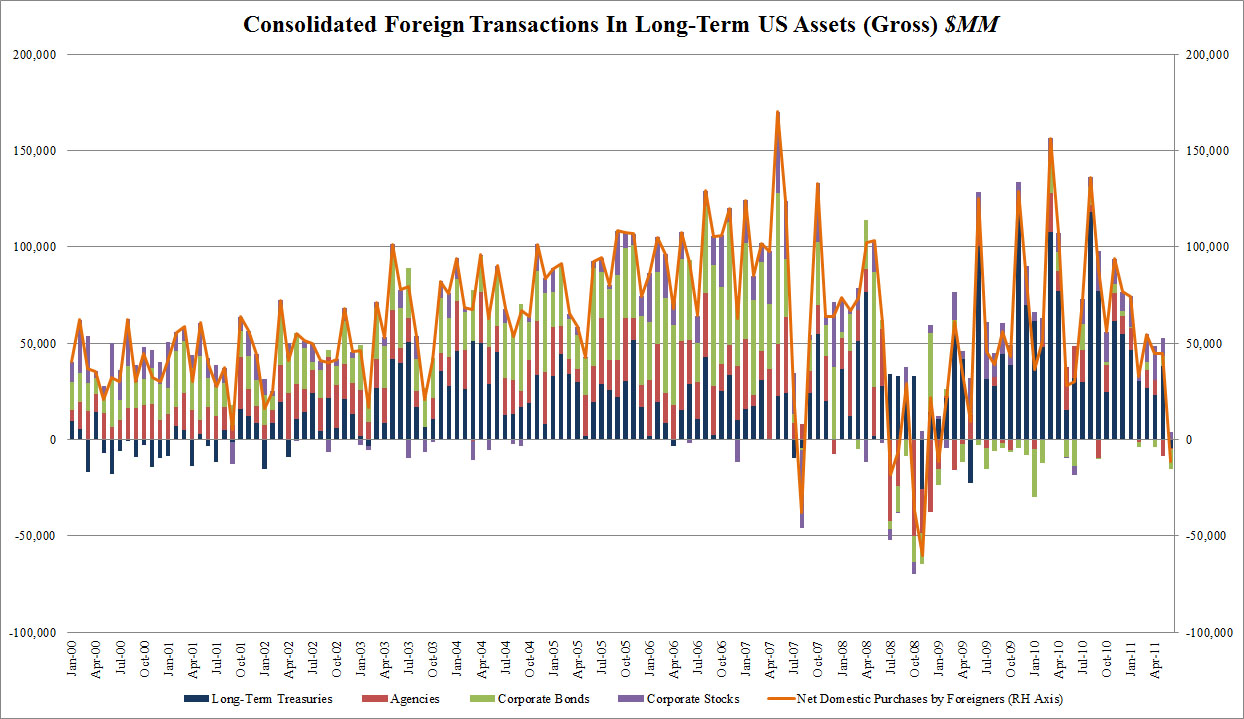 Recent changes in top holders of US debt: 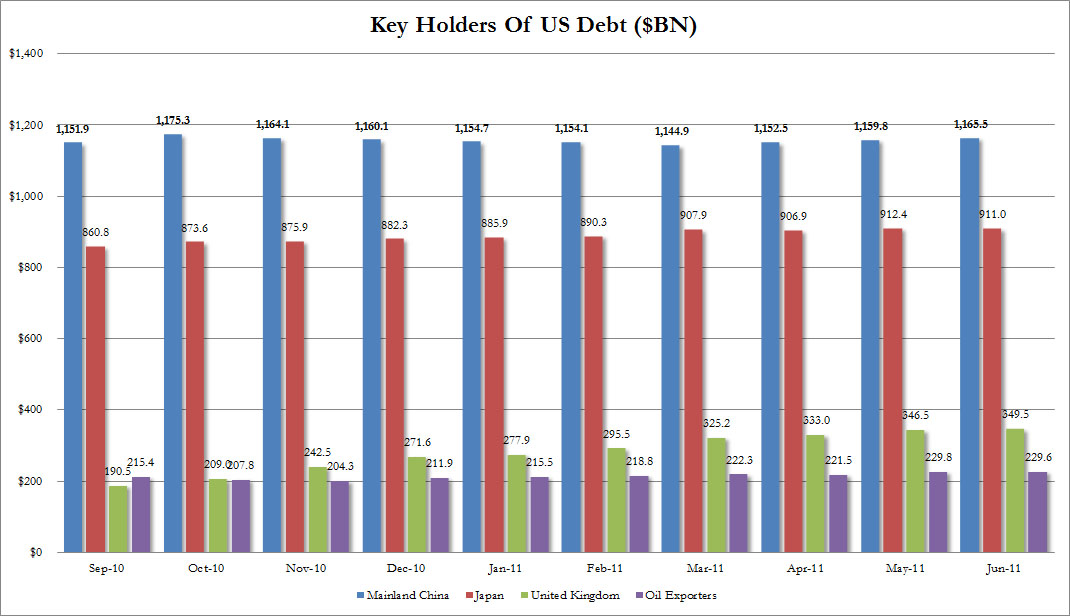 A focus only on Treasurys: 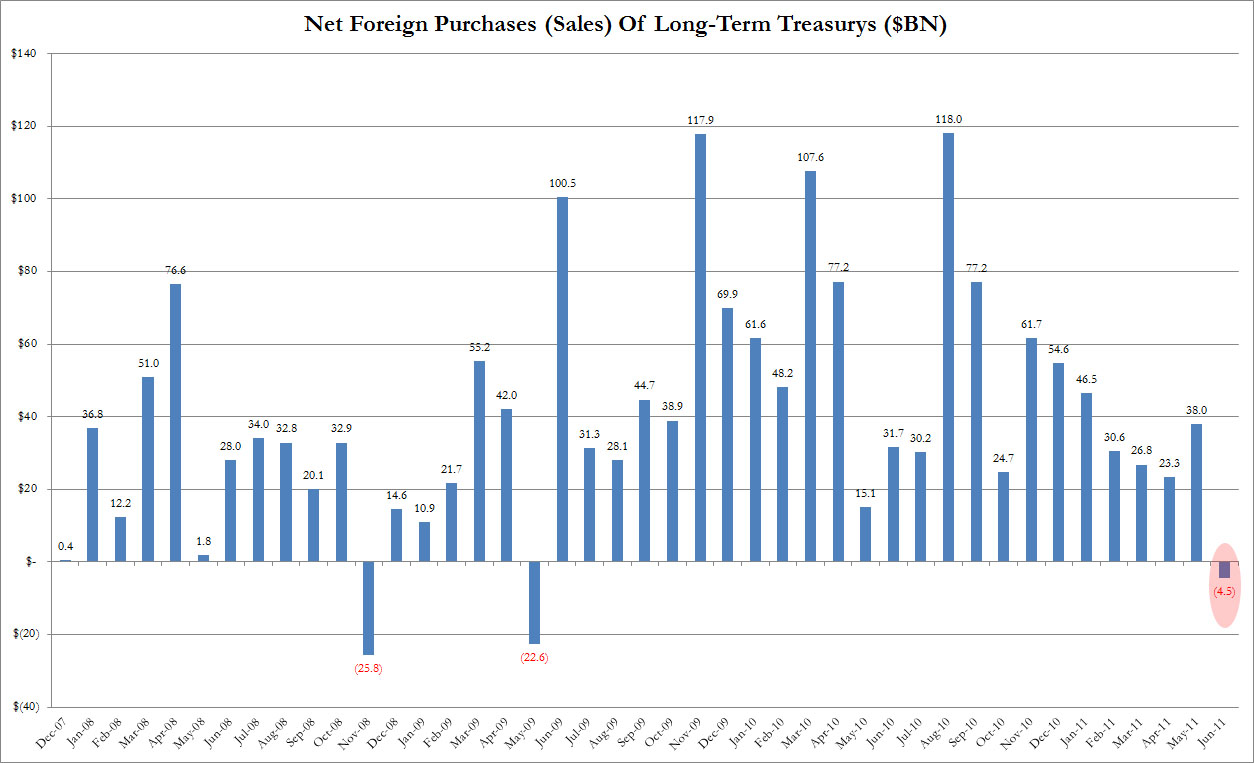 A split of UST transactions between official institutions and “everyone else” – take our word for it: the red on the bottom right is a record. 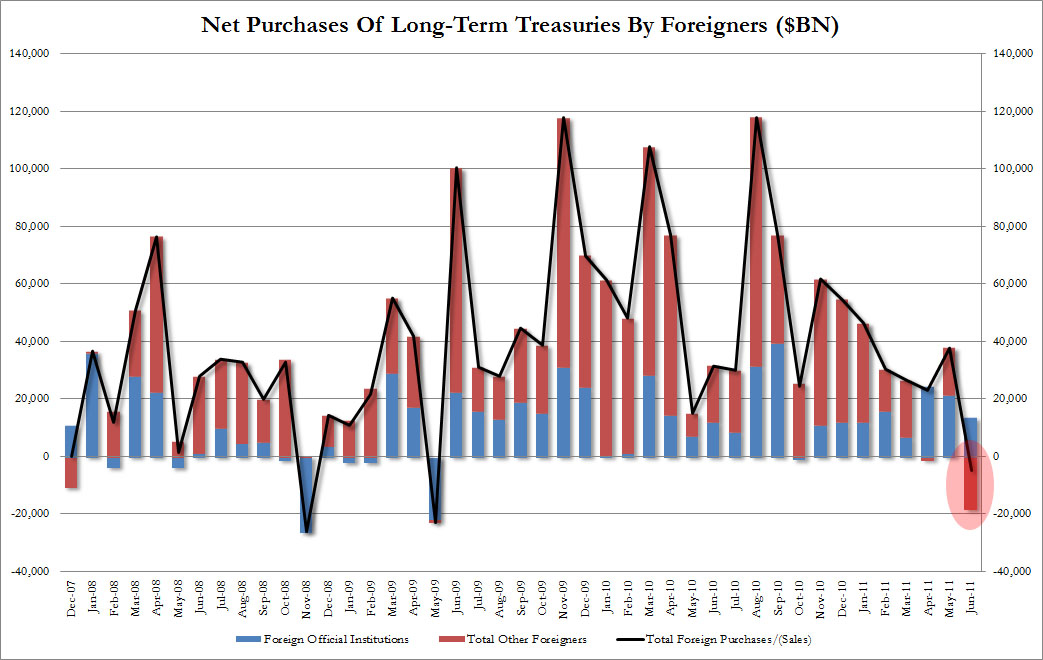 And lastly: the “evil empire” which continues to sell the “crumbling empire” and buy gold: 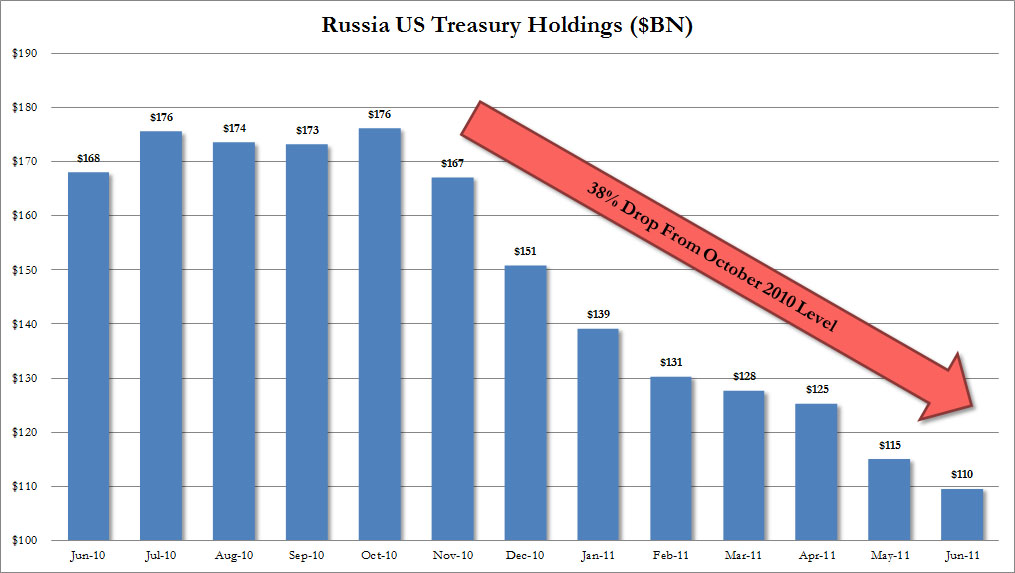 1 thought on “‘Safe Haven’: Record Dump Of US Treasurys By Non-Central Bank Foreigners In June”