A worker doing the routine inspection of the site in the morning of July 3 noticed the seawater gushing from the pipe that connects to one of the two temporary RHRS (residual heat removal system) pumps for the Reactor 5. The rupture on the pipe was 30 centimeters long and 7 centimeters wide.

During the 3.5 hours while the cooling was stopped to replace the pipe, the temperature of the water in the Reactor Pressure Vessel went from 43 degrees Celsius to 48 degrees Celsius, according to Kyodo News Japanese.

So it would take about 40 hours of no cooling till the water inside the RPV starts to boil. (The RPV of the Reactor 5 is at atmospheric pressure.)

TEPCO called it “leakage”, just like a “puddle” that turns out to fill the turbine basement or reactor building basement. An understatement. 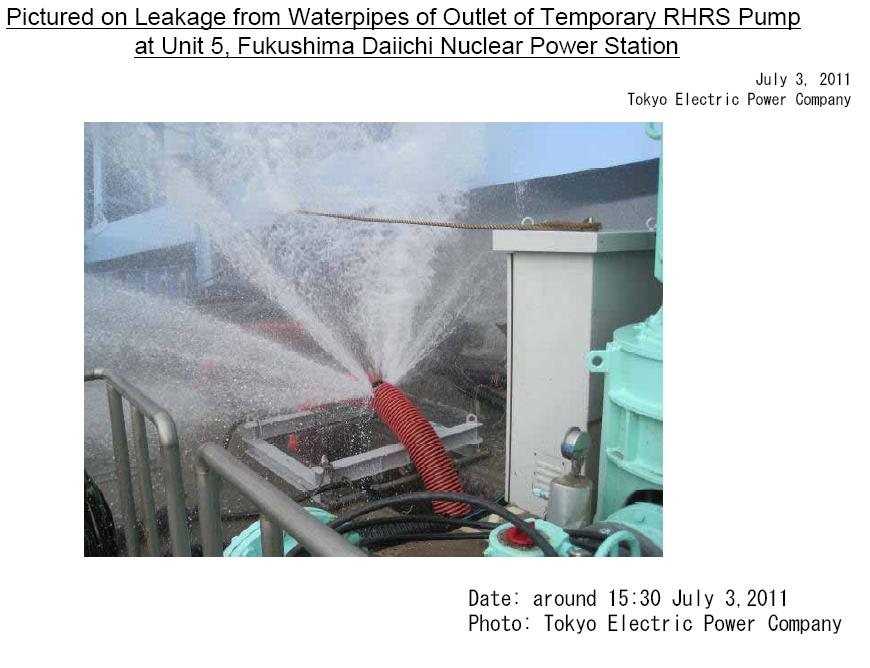