I guess the people of Greece will love to hear that.

And the people of Europe are all so very happy to be completely raped by the banksters, the ECB and their governments who all serve the elitists.

– Athens Riots: ‘It Was A Real War On People By Cops & Government’

– ‘This Is Not A Program To Salvage The (Greek) Economy, It’s A Program For Pillage Before Bankruptcy’ 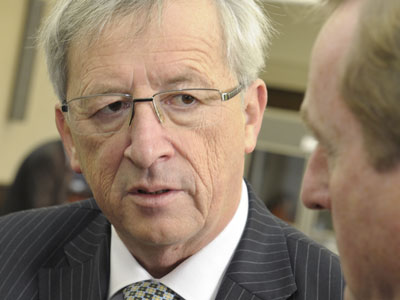 Eurogroup chief Jean-Claude Juncker just gave an interview to German magazine Focus, in which he said, via Reuters: “The sovereignty of Greece will be massively limited.”

He also likened the coming wave of Greek privatizations to that of East Germany, which had its own independent agency oversee the privatizations.

So obviously Juncker was talking to German readers, who are upset at the bailout, and want to see a high punishment exacted for Greece getting so much taxpayer money.