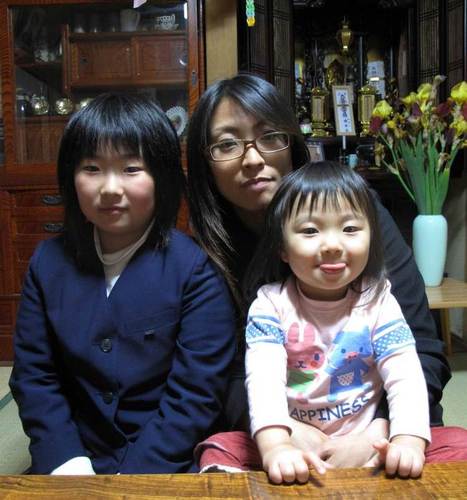 Mrs Watanabe is taking her two daughters and heading out of Fukushima City after precious little has been done by the city to protect children from radiation that is much, much higher than officially reported.

In Japan, for the past two and a half months, parents like her were ridiculed, and often scolded, for “overreacting” over “nothing”. Or worse, they were called “traitors” for leaving the contaminated areas not just by their fellow Japanese but even by some foreigners living in Japan.

Not any more, it seems (or so I hope), as the extent of radiation contamination is slowly being revealed, and more people now know that the Japanese government hid the data about radiation and chose to expose people to radiation without telling them for the fear of “causing panic”.

Watanabe says to the NPR reporter Louise Lam that “Its our fault, we put the current DPJ government in power. We thought they’d be different from the last lot. But now it turns out we no longer know whether any political party out there will protect us. ”

And in Japan these days, people don’t really trust the government over how it’s handled the nuclear crisis created by the tsunami. Distrust is especially high, the closer you get to the stricken nuclear plant.

As NPR’s Louisa Lim reports from the city of Fukushima, anger has focused on the emotional issue of children’s safety.

LOUISA LIM: As she drives round Fukushima, Kayo Watanabe points out the radiation hotspots. She knows which street used by kids going to school has above-normal radiation levels, which school gutter has radiation levels 60 times that considered safe. Shes been measuring radiation levels herself for a while.

She says she doubted the official line from the beginning – back in March when the very first blast happened at the Fukushima nuclear plant, almost 40 miles away.

Ms. WATANABE: (Through Translator) We havent believed the government from the start. When the explosion happened, they didnt say anything about it being dangerous. We dont trust the media, either, since the nuclear plant operator sponsors many newspapers and television stations.

(Soundbite of chatter in foreign language)

LIM: Were speaking at a kind of homework center, where kids gather after school. She has two children of her own girls aged two and nine. She was alarmed to discover local milk from near the nuclear plant being served at her daughters school. For more than two months, shes kept the kids cooped up inside, for fear of exposing them to radiation.

Now shes decided shes had enough. In two weeks, shell move with her kids to another town eighteen miles further from the nuclear plant, while her husband will stay behind for his job.

Ms. WATANABE: (Through Translator) We did discuss what would be better – to stay together or whether we should live apart from each other. But we decided we couldnt live our lives not knowing what the medical dangers were. So we decided to leave.

LIM: At Hirano Middle School, class is beginning. One major issue here has been how to decontaminate school playgrounds to get rid of any topsoil that could harbor radiation. At a school meeting with parents, the mood is testy.

LIM: Why has Fukushima been the slowest, one parent asks. Other towns have already acted why are we the last? In fact, national policy on this was only announced on Friday. But many other cities had acted preemptively.

LIM: The education official replies that work will begin straight away. The plan is to dig up two inches of irradiated topsoil, which will then be buried 20 inches below the surface. Why just two inches? The parents ask. Because thats what were doing seems to be the answer.

LIM: After the meeting, a few angry locals brandishing their own radiation monitor surround the officials. They fear the radiation levels are higher than is being reported. Their anger is barely suppressed, which is unusual in Japan, where politeness is almost an art form. Afterwards, education official Yoshimasa Kanno admits he understands their frustration.

Mr. YOSHIMASA KANNO (Education Official): (Through Translator) It seems to be the case that parents are angry that two months have passed since the disaster. Its been pointed out that the response by the city government and the national government, for protecting children, has been slow.

LIM: The next morning, and construction equipment finally arrives at the school. Such action has come too late for Kayo Watanabes family.

LIM: Shell also be leaving behind her parents. Like the silent majority here, they are getting on with their lives as normal, growing vegetables and planting flowers in the garden. Her mother Takako Watanabe suffers from kidney disease, she says she wont leave.

Ms. TAKAKO WATANABE: (Through Translator) My hospital, my medical treatment, theyre all here, so I cant leave. But Ill miss the grandchildren.

LIM: As for Kayo, she seems to have lost faith in Japans ruling class. Its our fault, she says, we put the current DPJ government in power. We thought theyd be different from the last lot. But now it turns out we no longer know whether any political party out there will protect us.