I informed you about this situation before:

Notice how the MSM leaves out Codex alimentarius in their reports below!

The Codex Alimentarius Commission was created in 1963 by FAO and WHO to develop food standards, guidelines and related texts such as codes of practice under the Joint FAO/WHO Food Standards Programme.

And here is why I am telling you this:

And those elitists who run your governments, the big corporations (incl. Big Pharma), the MSM and the central banks are about to take away what is left from your freedom and they will only stop when there is NOTHING left.

Think this will not affect you? The coming greatest financial collapse in world history created by the elitists, the Greatest Depression, will affect everyone.

We and our children will live in Orwell’s ‘1984’ if we don’t stop them and even more important create alternatives that do not include them NOW.

(Read the comment from Nicola Spencer and visit http://www.avaaz.org/en/eu_herbal_medicine_ban/?copy) 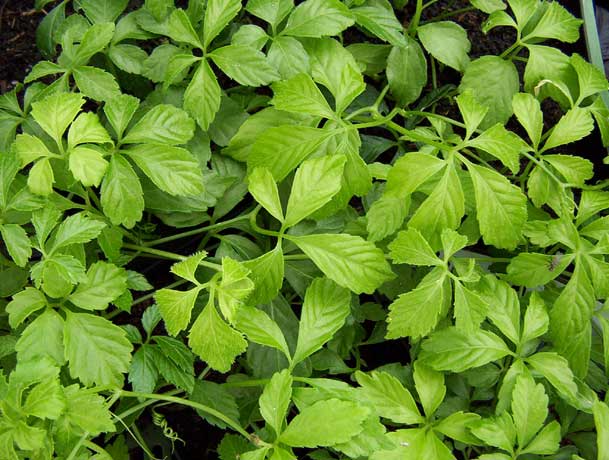 New EU rules came into force at the weekend banning hundreds of herbal remedies. The laws are aimed at protecting consumers from potentially damaging “traditional” medicines.

Patients have lost access to hundreds of herbal medicines today, after European regulations came into force.

Sales of all herbal remedies, except for a small number of popular products for ‘mild’ illness such as echinacea for colds and St John’s Wort for depression have been banned.

For the first time traditional products must be licensed or prescribed by a registered herbal practitioner.
Both herbal remedy practitioners and manufacturers fear they could be forced out of business as a result.

CONSUMERS will no longer be able to buy certain herbal medicines over the counter from tomorrow as a European directive regulating their sale comes into force.

From April 30 many herbal products will begin to disappear from the shelves of Ireland’s 300 herbal outlets following an EU directive which will regulate medicinal herbs in the same way as pharmaceutical products.

BRUSSELS, April 29 (Xinhua) — As Traditional Chinese Medicine (TCM) is expanding its presence in the global market, a disputed European Union (EU) herbal directive to be fully implemented on Sunday could be a stumbling block on the road.

Starting from May 1, herbal medicinal products, most of which have been sold as food supplements for decades in the EU market, will no longer be allowed unless they have obtained a medicine license, according to the EU Traditional Herbal Medicinal Products Directive adopted in 2004.

The directive introduced a so-called simplified registration procedure with a seven-year transition period for traditional herbal medicinal products to be licensed, including Chinese and Indian traditional medicines.

However, as the transition period is to expire on Saturday, no single Chinese herbal medicinal product has been granted the license.

“For the time being, we can only stock as many herbal medicinal products from China as we can,” said Professor Lin Bin, director of a well-known TCM clinic in the Netherlands.

Croatian natural medicines producers have been anxious over the European Union directive that has just taken effect and which regulates traditional medicinal products.

2004/24/EC bans teas and other herbal remedies to be sold as medicine but rather as food or food supplements, regulated by Codex alimentarius.

The Codex has been accepted by 120 countries around the world including Croatia, and prescribes that these products must be scientifically controlled for about a decade.
Research of one such product costs around 100,000 Euros, the daily Jutarnji List writes.

These developments have made some of Croatia’s herbalists anxious as to how this could affect their livelihood.

Vedran Korounic, the president of the Croatian Society for Natural Medicine says that no country is obligated to accept everything from the Codex. If Croatia does not adopt a law banning the sale of herbs as medicines, no significant changes would take place.

On April 30, 2011, natural healing remedies made of herbs and plants are going to be banned by a directive from the European Union, leaving pharmaceutical products as the primary option for patients .

The directive, called the THMPD (Traditional Herbal Medicinal Products Directive) seeks to not just ban the use of herbal remedies but to actually criminalize them — making the growing or keeping of herbs for use in teas just as illegal as those for less conventional use.

The use of traditional and herbal remedies has already been banned in Canada.

According to the Alliance for Natural Health, the EU, in a pact with Big Pharma, hopes to force the use of pharmaceutical products no matter whether they are truly the right choice for your situation.

On the other hand, proponents claim they are attempting to protect the naive from shoddily produced ‘snake-oil’ elixirs and medicines. They claim that herbal remedies will still be available but that they will simply be safer.

Herbal remedies are used throughout the world and have been in use since the beginning of history.

This proposed ban is seen by the ANH as a direct attack on your right to seek alternative medicine for yourself or your family, the motive being to force your money into the pockets of big pharmaceutical companies.

The Alliance for Natural Health (ANH) is at the forefront of a massive effort to stop what they deem ‘this unprecedented attack’ on the rights of patients. The ANH is taking legal action against this directive, with the assistance of the European Benefyt Foundation (EBF).

Between them they have already managed to raise 90,000 pounds to fight the court case, but they’re requesting your help, too. Because, they say, if people don’t cry out in protest, it will be seen as agreement of the ban, or as lack of interest, which is why a citizens action group has been formed and has been circulating a petition to counter the THMPD Directive.

If the ban is allowed to take effect, the ANH says it will effectively eliminate access to phytotherapy, herbalism and all of the traditional plant-based remedies of Indian, Amazonian, African and Chinese cultures. In a very real sense, then, this could also be seen a a cultural attack on specific ethnic groups and ways of life.

The topic of alternative medicine is a hot-button issue with many communities, as is seen in this report about a mother trying to wean her daughter off prescription medications in favor of holistic treatment. Child services is trying to take the child away, citing ‘failure to provide proper medical care’, which is deemed as neglect.

For more information on the directive and how the ANH is fighting it, see their video attached to this report. You can also click here to sign the petition.

Below is a letter sent with the petition:

I know it sounded like hyperbole when you were informed about the Codex Alimentarius and its goal to control the world through food and medicine. Today we are seeing this diabolical plan galloping forward to reach its goal to ban all holistic healing protocols and natural/organic food. The Codex clearly supports GMOs, antibiotic use on each and every animal (including your pets), use of hormones for animal products and toxic sprays for agriculture. It applies Napoleonic Law which makes everything illegal unless otherwise approved. That includes organic foods, herbs, and other holistic methods we use for our health and survival.

Please watch this 10″ video on the current banning of herbs in all of Europe and sign the petition. Then pass it around. Time appears to be of the essence.

Then support the ANH (Alliance for Natural Health-EU) in their legal challenge of this draconian directive.

BTW, Canada did pass its Codex bill in 2008 (C-51) which bans herbs and homeopathic remedies are being limited. People did not believe Canada would do something like this, but they did. The FDA is raiding small raw milk farms in the US at an increasing rate only to create financial hardship and force them out of business. The Codex demands that any country that signs onto the Codex force their national laws to change to comply. Codex uses the World Trade Organization model in some ways and we have been seeing the FDA, USDA and the Obama administration aggressively pushing the Codex agenda forward. It is illegal in the sense that it forces people to use toxic chemicals against their will/knowledge. It attacks our civil liberty to pursue our personal lives in peace the way we chose.