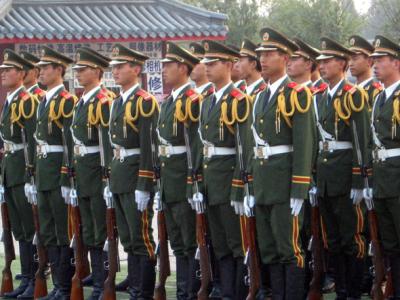 China is tightening up its online censorship even more, the Times reports.

The story recounts an eye-opening anecdote: a Chinese entrepreneur was on the phone with his girlfriend, and quipped, quoting Shakespeare: “The lady doth protest too much.” Upon the word “protest,” the phonecall cut off. He was speaking in English, but this has also happened to people speaking in Mandarin, so it’s not just a one-off.

This and other events like Gmail being blocked in China show that, in the wake of protests in the Middle East and elsewhere, the Chinese government is tightening up its control over the internet even more. (This has Chinese internet stocks rising.)

It also shows the amazing technical prowess of China’s censors: they’re able to monitor and speech-recognize millions of phone conversations, in English and Mandarin, in real time, and cut them off. It is an amazing technological feat. Meanwhile Burma, a China ally and one of the world’s most reclusive dictatorships, is cracking down on Skype, which is one of the few gates to the outside world.

VPN services, which allow computer users to circumvent the “Great Firewall” are being increasingly disrupted, and it’s generally much harder now to access sites outside the firewall.

It’s hard to see a silver lining here. The Chinese government is clearly scared of online activism and is doing everything it can to clamp down, and this is affecting everyone beyond online activists.