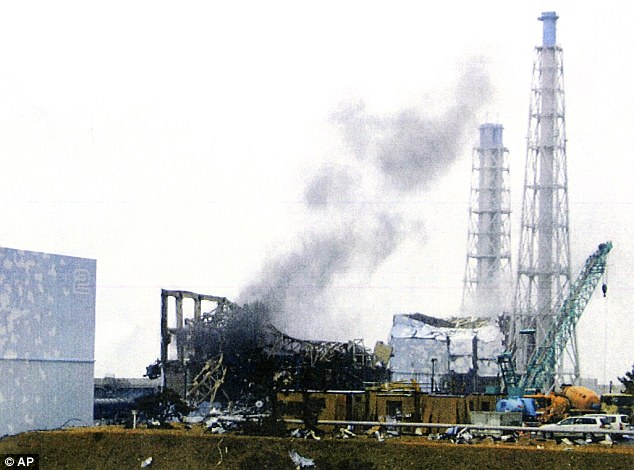 TOKYO, March 27 (Reuters) – Japanese engineers struggled on Sunday to pump radioactive water from a crippled nuclear power station after radiation levels soared in seawater near the plant more than two weeks after it was battered by a huge earthquake and a tsunami.

Tests on Friday showed iodine 131 levels in seawater 30 km (19 miles) from the coastal nuclear complex had spiked 1,250 times higher than normal but it was not considered a threat to marine life or food safety, the Nuclear and Industrial Safety Agency said.

“Ocean currents will disperse radiation particles and so it will be very diluted by the time it gets consumed by fish and seaweed,” said Hidehiko Nishiyama, a senior agency official.

Despite that reassurance, the disclosure is likely to heighten international concern over Japanese seafood exports. Several countries have already banned milk and produce from areas around the Fukushima Daiichi plant, while others have been monitoring Japanese seafood.

Prolonged efforts to prevent a catastrophic meltdown at the 40-year-old plant have also intensified concern around the world about nuclear power. U.N. Secretary-General Ban Ki-moon said it was time to reassess the international atomic safety regime.

The crisis at the plant, 240 km (150 miles) north of Tokyo, has overshadowed a big relief and recovery effort from the magnitude 9.0 quake and the huge tsunami it triggered on March 11 that left more than 27,100 people dead or missing in northeast Japan.

Engineers trying to stabilise the plant have to pump out radioactive water after it was found in buildings housing three of the six reactors.

On Thursday, three workers were taken to hospital from reactor No. 3 after stepping in water with radiation levels 10,000 times higher than usually found in a reactor. That raised fear the core’s container could be damaged.

An official from plant operator Tokyo Electric Power Co (TEPCO) told a Sunday news conference experts still had to determine where to put some of the contaminated water while engineers were still trying to fully restore the plant’s power.

TEPCO said it was using fresh water instead of seawater to cool down at least some of the reactors after concern arose that salt deposits might hamper the cooling process.

Two of the plant’s reactors are now seen as safe but the other four are volatile, occasionally emitting steam and smoke. However, the nuclear safety agency said on Saturday that temperature and pressure in all reactors had stabilised.

The government has said the situation was nowhere near to being resolved, although it was not deteriorating.

“We are preventing the situation from worsening — we’ve restored power and pumped in fresh water — and making basic steps towards improvement but there is still no room for complacency,” Chief Cabinet Secretary Yukio Edano told a news conference on Saturday.

More than 700 engineers have been toiling in shifts but there’s no end in sight.

Aftershocks that have jolted the region since March 11 have been tailing off. One on Sunday of magnitude 4.2 hit near the stricken plant but there were no reports of further damage.

At Three Mile Island, the worst nuclear power accident in the United States, workers took just four days to stabilise the reactor, which suffered a partial meltdown. No one was injured and there was no radiation release above the legal limit.

At Chernobyl in Ukraine, the worst nuclear accident in the world, it took weeks to “stabilise” what remained of the plant and months to clean up radioactive materials and cover the site with a concrete and steel sarcophagus.

So far, no significant levels of radiation have been detected beyond the vicinity of the plant in Fukushima.

The U.S. Department of Energy said on its website (here) no significant quantities of radiological material had been deposited in the area around the plant since March 19, according to tests on Friday.

The government has prodded tens of thousands of people living in a 20 km-30 km (12-18 mile) zone beyond the stricken complex to leave. Edano said the residents should move because it was difficult to get supplies to the area, and not because of elevated radiation.

Kazuo Suzuki, 56, who has moved from his house near the nuclear plant to an evacuation centre, said neighbours he had talked to by telephone said delivery trucks were not going to the exclusion zone because of radiation worries.

“So goods are running out, meaning people have to drive to the next town to buy things. But there is a fuel shortage there too, so they have to wait in long queues for gasoline to use the car.”

Radiation levels at the evacuation centre were within a normal range of about 0.16 microsievert, according to a Reuters geiger counter reading.

In Japan’s northeast, more than a quarter of a million people remain in shelters, and the impact on livelihoods is becoming clearer. The quake and tsunami not only wiped out homes and businesses but also a fishing industry that was the lifeblood of coastal communities.

“Fishermen lost their gear, ships and just about everything. About half will probably get out of the business,” said Yuko Sasaki, a fishmonger in the tsunami-hit city of Kamaishi.

The double disaster probably destroyed aqua farms for abalone, sea urchins, oysters, scallops and seaweed that authorities say account for 80 percent of the revenue of the region’s fisheries.

The tsunami obliterated centuries-old fishing ports along the northeast coast, sending ships adrift in the Pacific Ocean, to the bottom of the sea, or depositing them on land, where they now lie among the splintered remains of homes.