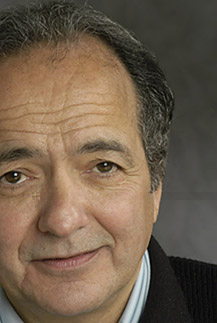 And just as the world was sold a “coalition of the willing” that was predominantly a fleeting alliance of the cajoled and the arm-twisted, the putatively “broad” Obama coalition consists primarily of America’s two cronies-in-war, the UK and France.

Eight years of war in Iraq and 11 in Afghanistan has resolved nothing and served only to inflame anti-American sentiment around the world, drain the US treasury, kill and wound hundreds of thousands, if not millions, of innocent people and destroy the lives, limbs and souls of thousands of American troops.

Batting zero on the battle field, the mad political scientists have stepped up to the plate again. Despite nothing but failure, President Obama has decided, unilaterally, to squander still more American men and money in a war on Libya, promising that this time he won’t strike out.

In what could be a casting call for a mad sci-fi movie starring the Three Stooges, America’s newest Decider-in-Chief fights from the safety of the Oval Office while his equally battle-unscarred and chicken-hearted French and British counterparts, Nicolas “Sarko the American” Sarkozy and David (Eton/Oxford, what else?) Cameron lead the charge from the plush distance of the Palais de l’Élysée and 10 Downing Street.

What’s Next? Having accurately predicted, at their onsets, that the Afghan and Iraq wars would be failures, we now predict that war with Libya will not only be equally unsuccessful, but could have even graver global implications. Will Gaddafi fold without a fight? Or, faced by defeat and certain death, will he hit London, Paris, or New York with bio warfare, a dirty bomb or other tactic?

Absent a worst-case terror attack, even if the “broad coalition” overthrows and kills Qaddaifi, it will not amount to victory any more than executing Saddam Hussein and routing the Taliban has brought victory to Iraq and Afghanistan.

If it feels as though the world is spinning out of control, that’s because it is … and at breakneck speed! In just the past few months, revolution has engulfed the entire Middle East and North Africa. In just the past week a gigantic earthquake, tsunami and nuclear meltdown has crippled Japan. And war, (under whatever guise; e.g., “humanitarian crisis” or “answering the call of a threatened people”) has been declared on Libya.

The trend to the “1st Great War of the 21st Century” is accelerating. Events are happening so quickly that it is nearly impossible for us to compile, absorb, analyze and distill the voluminous information in our Trend Alerts before they are eclipsed by the cascade of new events.

To keep you abreast of the breaking news and ahead of the trends, we are upgrading our popular Trends in the News videos to a bi-weekly Tuesday and Thursday regular feature – which will be expanded on a need-to-know basis. (www.trendsjournal.com)

We urge subscribers to log in this Tuesday for a Trends in the News special devoted to the opening salvos of the “1st Great War of the 21st Century” … the War that no one else to date is either recognizing or daring to talk about.

It is in our Spring Trends Journal, now scheduled for mid April publication, where we will compile, absorb, analyze and distill the voluminous information. This edition represents a crucial episode in the “History of the Future” – a blow-by-blow build-up to war, rather than the mainstream media’s blah-by-blah coverage. Busy cheerleading the home team they are, even at this late stage, incapable of recognizing that the game ends with the 1st Great War of the 21st Century.

What will the War mean to you personally? What can YOU do to prepare yourself for what’s to come? What can be done to individually and collectively halt the march to war – or at least divert and mitigate the damage. The Spring Trends Journal will be devoted to exploring these and other issues in depth.

P.S. For those who only receive the online edition, we suggest you consider upgrading your subscription to include the print magazine edition. This Spring issue is, and those to follow will be, unique historical documents worth archiving and preserving for future reference.