There never was any real reporting of the situation by governments and the MSM, but as of now you are only fed propaganda. 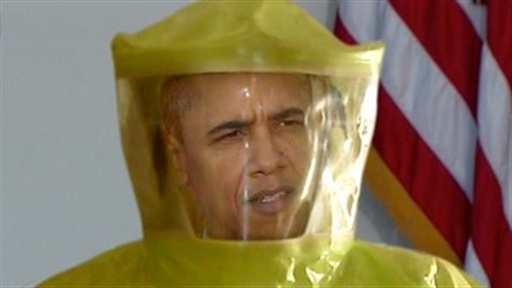 (NaturalNews) Almost as if on cue, the mainstream media today halted nearly all accurate reporting of the worsening situation in Japan, writing off the whole thing as a “non issue.” This all happened in a seeming coordinate effort following President Obama’s speech on Wednesday that urged Americans to NOT prepare for anything. The American people, Obama insisted, should simply watch television to “stay informed.” (http://www.naturalnews.com/031735_O…) Shortly after, mainstream television news returned to its regularly-scheduled sports and entertainment programming, barely touching on the reality of the worsening situation at the Fukushima nuclear power plant in Japan.

Nuclear experts that were on mainstream news channels two days are now nowhere to be found today. Scary (but accurate) news stories about Fukushima have now been all but completely banned from the MSM. The word from the top is clearly that media outlets should start downplaying this nuclear accident, which even now ranks as the second worst nuclear accident in the history of human civilization (right after Chernobyl).

The Asian media, for its part, simply started fabricating completely fictitious news. The press in China and Taiwan, for example, reported last night that grid power had been restored to the Fukushima reactor #2 and that the entire disaster had now been completely averted. This was a total fabrication: The truth is that power plant workers were pulled out of the area before they could even connect grid power, due to rising levels of extremely dangerous radiation near the plant.

Even if grid power were restored to reactor #2, that would not help reactors #3 and #4, where the really dangerous plutonium MOX fuel is stored. It’s 2,000,000 times more toxic than enriched uranium (http://www.naturalnews.com/031736_p…).

And even if they could restore power to all the reactors, there’s no guarantee that the cooling pumps will even work there. They were very likely damaged in the explosions and may not be functioning at all.

Time to start lying to the people

What to do in such a crisis? If you’re the government, the important action is to just lie to the people as much as possible, telling them everything’s fine. Even Japan’s own political leaders are fed up with it. One Mayor of a Japanese province says his own government abandoned his people and lied to everyone (http://www.naturalnews.com/031747_n…).

In the United States, the nuclear power industry is now in total spin mode, trying to make sure people don’t question the future of nuclear power. General Electric, which manufactured the reactors in the Fukushima power plant, experienced huge stock losses over the last few days. Now, it seems the orders from the top are to tell people nuclear power is “still safe.” GE, of course, is a huge asset holder in NBC (http://www.mediaowners.com/company/…), one of the major media players in this whole charade. I very much doubt NBC openly discloses to its viewers that its news reporting may be entirely biased because it is largely owned by the very same corporate conglomerate that earns money from the construction of nuclear power plants.

Even the radiation reporting from U.S. authorities appears to be a whitewash, as detectors in the U.S. are only reporting radiation leaked days ago out of Japan, not the new radiation headed our way (http://www.infowars.com/reports-of-…).

We are now witnessing the complete transition of this entire story from the “honest reporting” phase to the new “disinformation” phase which seeks to ensure that the people of the world have no real clue what’s going on in Fukushima. Don’t prepare. Don’t worry. Don’t think for yourself. Just do whatever the government tells you to do… which is right now nothing.

It’s an amazing plan, eh? Sadly, pretending that Fukushima is not a problem does not reverse the laws of nuclear physics at work there. If a massive cloud of radiation bursts into the atmosphere in the coming days, will they also pretend nothing happened? Will the American people be given no warning as a massive radiation cloud approaches?

We must now seriously begin to question the agenda of the Japanese and American governments in all this. Are they actually trying to get more people killed? If not, then why aren’t the people being advised to take prudent precautionary measures?

Here at NaturalNews, we urge everyone to get prepared, just in case. Have a preparedness kit. Have a plan. Get informed. Fuel up your vehicles. Boost your iodine intake. Be calm and prepared, folks, so that you don’t panic and become part of the problem when things go wrong.

Why can’t Obama utter those words, I wonder? Why is the only real leadership on this whole issue coming from the alternative media and not the elected “leaders” of our nation?