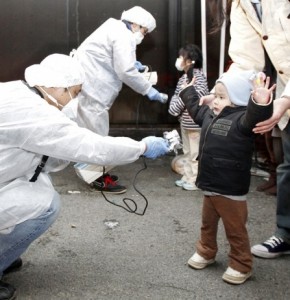 U.S. Supplies of potassium iodide pills are taking a huge hit as people flock to the stores in search of protection from possible nuclear fallout.

A number of stores across the west coast are reporting that they are completely sold out. And a pharmacist at a Walgreen’s in California told us that they would not be getting anymore because the government has seized all supplies.

Fleming Pharmaceuticals, maker of ThyroShield a potassium iodide used in nuclear emergencies, said in a press release today that before the Japanese Quake the federal government already has stockpiled millions of doses. The company claims that some of the federal stockpile has expired and the remaining supply is set to expire over the year.

White House chief spokesman Jay Carney continued to tell the press that the U.S. is not in danger, but wouldn’t comment on the governments stockpiling program.

Potassium iodide, which is sometimes are sold as anti-radiation pills can protect your thyroid from radiation by blocking the absorption of radioiodine. Potassium iodide does not protect from all side effects of radiation poisoning and can have a number of side effects. It should only be taken in prescription doses if the radiation reaches the coast at dangerous levels.

2 thoughts on “US Government Seizes ALL Supplies Of Potassium Iodide”