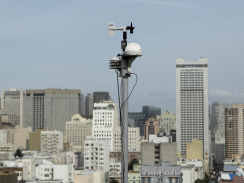 EPA acts out of “abundance of caution” to allay American concerns that Japan’s nuclear disaster could reach U.S. shores

Officials with the U.S. Nuclear Regulatory Commission said they do not expect harmful radiation levels to reach anywhere in the U.S. from Japan.

“The agency decided out of an abundance of caution to send these deployable monitors in order to get some monitors on the ground closer to Japan,” Jonathan Edwards, director of the U.S. Environmental Protection Agency’s radiation protection division, said this week.

And this article just disappeared. See the webcache HERE. 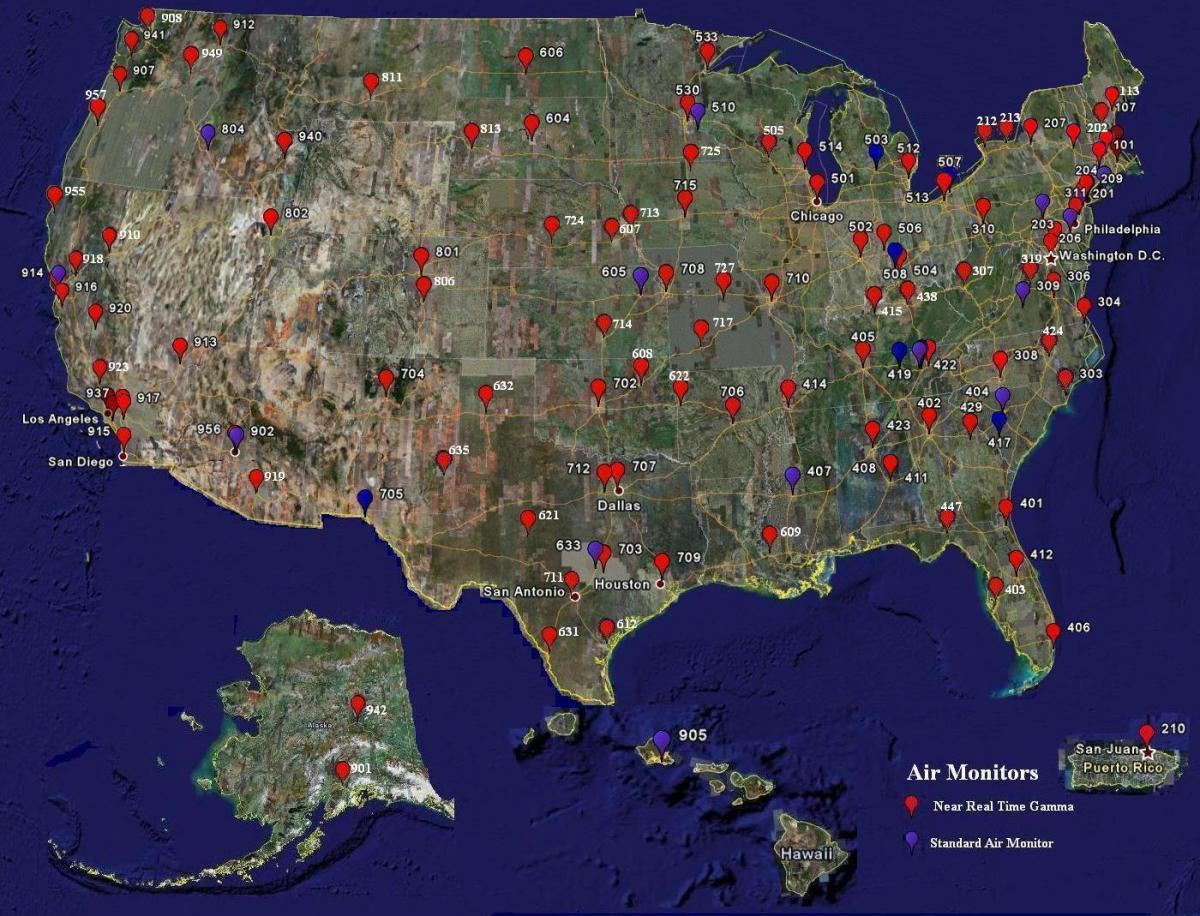 March 16, 2011 (San Diego) 12:30 a.m. — A radiation map on the U.S. Environmental Protection Service shows radiation levels at measuring stations across the United States. There is a disturbing pattern showing gamma radiation levels along the West Coast, Alaska and Hawaii at two to ten times levels on the East Coast, with midwest states in mid-ranges:

The EPA radiation site (www.epa.gov/radiation) has a database but does not appear to list what units this map is measured in, so it is difficult to assess whether these levels should be of concern. However it’s clear from the map that levels are highest in all West Coast states, Hawaii, Alaska, Arizona and Nevada, all with measures in the 900s, tapering off as you move eastward, with measurements on the East Coast ranging from around 100 to 400.

Gamma radiation is the type of radiation being spewed forth from at least four failed Japanese nuclear reactors, including two where authorities have indicated the core has been breached, plus a spent fuel rod pond where radiation was released directly into the atmosphere. In low levels, gamma rays can cause nausea and other effects. In high levels, it can cause more serious health effects both short and long term, including cancer and birth defects.

East County Magazine will be contacting the EPA when their office opens for an explanation on the measurements. Earlier today, the EPA issued a statement indicating it will deploy more electronic monitors that measure radiation levels in the air. The monitors, which detect gamma radiation and radioactive particles, will be set up in “parts of the Western U.S. and U.S. territories,” the agency said in a statement.

EPA officials, however, refused to answer questions or make staff members available to explain the exact location and number of monitors, or the levels of radiation, if any, being recorded at existing monitors in California, the San Jose Mercury-News reports. Margot Perez-Sullivan at the EPA’s regional headquarters in San Francisco, said the agency’s written statement would stand on its own.

“It’s disappointing,” said Bill Magavern, director of Sierra Club California. “I have a strong suspicion that EPA is being silenced by those in the federal government who don’t want anything to stand in the way of a nuclear power expansion in this country, heavily subsidized by taxpayer money.”

The EPA has 124 air monitors, which provide hourly readings, already in place in its “Rad-Net” system to measure radiation, including 12 in California and two in Hawaii. California locations include San Jose, Sacramento, Fresno, Los Angeles and San Diego; however the San Diego monitor is listed as “inactive” on another EPA database. The EPA also has 40 mobile monitors, some of which are now being deployed. The agency clarified that some would go to Guam, Hawaii and Alaska, but did not respond to questions about California, the Mercury-News said.

“As the Nuclear Regulatory Commission has said, we do not expect to see radiation at harmful levels reaching the U.S. from damaged Japanese nuclear power plants,” the EPA statement yesterday stated.

Government regulatory agencies and nuclear experts have repeatedly said that high levels of radiation are unlikely to hit California in significant quantities because Japan is 5,000 miles away. However, studies from the California Air Resources Board have found that coal dust and other pollution from China regularly reaches the state.

Most experts said that if the Japanese reactors experience a complete Chernobyl-type explosion, fire and release of nuclear material, some could reach California, but “probably in very low amounts,” the Mercury- News reports.

The Japanese government now has a website with radiation readings there posted online, however Fukushima and certain other locations are listed as “under survey” and have not been releaesd. You can view the current data here: http://www.bousai.ne.jp/eng/

There is an analysis and screenshots of the Japanese data here that indicates gamma radiation levels were extremely high 100 miles or so from the explosions and fires at the Fukushima nuclear reactors. The website Zero Hedge analysis concludes that “the data is stunning: based on a N, NE and NNE wind direction (where it originates), meaning all coming from Fukushima, with a normal reading in the 80 nGy/h range, the city of Kounosu Naka is at 3,024, Kadobe Naka is at 2,416, Isobe Hitachioota is at 1,213 and many others are in the mid to upper triple digit range! Again, this is based on wind coming out of Fukushima and ultimately headed toward the capital. Indicatively, normal terrestrial plus cosmic gamma radiation is about 80 nGy/h.” See
http://www.zerohedge.com/article/gamma-radiation-fukushima-downwind-ibaraki-disclosed-30-times-above-normal

ECM cautions that we do not know whether these sites are using comparable measurements to the EPA site or not, nor even whether West Coast gamma measurements are customarily comparable to East Coast measurements or not, nor whether the higher levels on this map are due to the ongoing nuclear crisis in Japan. However we believe in giving the public all information available. We will be seeking expert comments at the earliest opportunity.