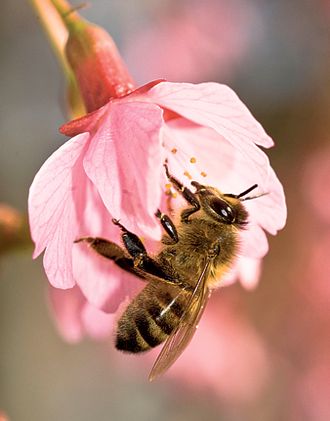 Bee colony collapse, once limited to Europe and America, is now being seen in Asia and Africa

The mysterious collapse of honey-bee colonies is becoming a global phenomenon, scientists working for the United Nations have revealed.

Declines in managed bee colonies, seen increasingly in Europe and the US in the past decade, are also now being observed in China and Japan and there are the first signs of African collapses from Egypt, according to the report from the United Nations Environment Programme (UNEP).

The authors, who include some of the world’s leading honey-bee experts, issue a stark warning about the disappearance of bees, which are increasingly important as crop pollinators around the globe. Without profound changes to the way human beings manage the planet, they say, declines in pollinators needed to feed a growing global population are likely to continue.

The scientists warn that a number of factors may now be coming together to hit bee colonies around the world, ranging from declines in flowering plants and the use of damaging insecticides, to the worldwide spread of pests and air pollution.

They call for farmers and landowners to be offered incentives to restore pollinator-friendly habitats, including key flowering plants near crop-producing fields and stress that more care needs to be taken in the choice, timing and application of insecticides and other chemicals. While managed hives can be moved out of harm’s way, “wild populations (of pollinators) are completely vulnerable”, says the report.

“The way humanity manages or mismanages its nature-based assets, including pollinators, will in part define our collective future in the 21st century,” said Achim Steiner, UN Under-Secretary-General and UNEP Executive Director.

“The fact is that of the 100 crop species that provide 90 per cent of the world’s food, over 70 are pollinated by bees.

“Human beings have fabricated the illusion that in the 21st century they have the technological prowess to be independent of nature.

“Bees underline the reality that we are more, not less, dependent on nature’s services in a world of close to seven billion people.”

Declines in bee colonies date back to the mid 1960s in Europe, but have accelerated since 1998, while in North America, losses of colonies since 2004 have left the continent with fewer managed pollinators than at any time in the past 50 years, says the report.

Now Chinese beekeepers have recently “faced several inexplicable and complex symptoms of colony losses in both species”, the report says. And it has been reported elsewhere that some Chinese farmers have had to resort to pollinating fruit trees by hand because of the lack of insects.

Furthermore, a quarter of beekeepers in Japan “have recently been confronted with sudden losses of their bee colonies”, while in Africa, beekeepers along the Egyptian Nile have been reporting signs of “colony collapse disorder” – although to date there are no other confirmed reports from the rest of the continent.

The report lists a number of factors which may be coming together to cause the decline and they include:

* Habitat degradation, including the loss of flowering plant species that provide food for bees;

* Some insecticides, including the so-called “systemic” insecticides which can migrate to the entire plant as it grows and be taken in by bees in nectar and pollen;

* Parasites and pests, such as the well-known Varroa mite;

* Air pollution, which may be interfering with the ability of bees to find flowering plants and thus food – scents that could travel more than 800 metres in the 1800s now reach less than 200 metres from a plant.

“The transformation of the countryside and rural areas in the past half-century or so has triggered a decline in wild-living bees and other pollinators,” said one of the lead authors, Dr Peter Neumann of the Swiss Bee Research Centre.

“Society is increasingly investing in ‘industrial-scale’ hives and managed colonies to make up the shortfall and going so far as to truck bees around to farms and fields in order to maintain our food supplies.

“A variety of factors are making these man-made colonies vulnerable to decline and collapse. We need to get smarter about how we manage these hives, but perhaps more importantly, we need to better manage the landscape beyond, in order to recover wild bee populations.”