A senior MP has demanded a parliamentary inquiry into Britain’s £43 billion arms deal with Saudi Arabia after a leaked US diplomatic cable disclosed the full case against BAE Systems, the defence contractor. 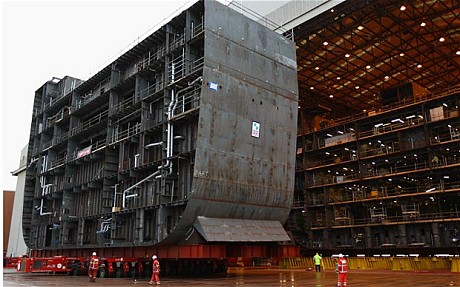 The Serious Fraud Office dropped the investigation in December 2006, after intense diplomatic pressure from the Saudis. BAE was fined by US authorities last year after it admitted a relatively minor charge of making false statements. It faced no action in Britain over the Saudi allegations and until now the full details of the case have been kept secret.

However, a US cable given to the WikiLeaks website and obtained by The Daily Telegraph discloses the strength of the investigators’ case. Written four months after the collapse of the investigation, it shows the SFO had evidence that:

:: BAE paid £73 million to a Saudi prince who had “influence” over the Al-Yamamah defence contract and that there were “reasonable grounds” to believe another “very senior Saudi official” received payments;

:: The contractor was being covertly investigated by the SFO for carrying out a “potential fraud” against a government department;

:: Sir Sherard Cowper-Coles, then British ambassador in Riyadh and now a BAE Systems’ director, “had a profound effect” on the decision by Robert Wardle, then SFO director, to end the investigation.

It also details outrage among Britain’s allies who questioned claims that the case was being dropped on grounds of “national security”.

“This leak tells us how strong a case was available,” he said. “If the information in this document had been before Parliament and the British public, there is no way that the Labour government could have influenced the termination of the investigation.

“The particular issue which will cause a great deal of annoyance is the fact there was prima facie evidence that a government department had been subjected to fraud. If prosecution is no longer possible, it is open to the Commons’ business innovation and skills committee to conduct a full investigation.”

The SFO gave a detailed presentation at a private meeting of the OECD’s working group on bribery in Paris. Helen Garlick, then deputy director, said there was evidence of payments by two subcontractors to Prince Turki Bin Nasir, a deputy commander of the Royal Saudi Air Force “who was in a position to exert influence on the Al-Yamamah contract”.

Payments were made before and after Britain signed up to new international anti-bribery rules in February 2002. “Evidence indicated that payments of up to £70 million had been made to Prince Turki prior to implementation of the 2001 Act,” the cable relating her presentation states.

“SFO had evidence indicating BAE had conspired to circumvent the 2001 Act and another £3 million were paid to Turki following implementation.”

The SFO also found evidence of “substantial payments” by BAE “to marketing consultants employed at the behest of the Saudi government after implementation of the 2001 Act, but no documents were produced to substantiate the provision of any genuine services”. Ms Garlick said the SFO had evidence of other “payments made under the Al-Yamamah contract to an unnamed senior Saudi official” and “reasonable grounds that another very senior Saudi official was the recipient of BAE payments”.

Finally, the SFO found evidence of “potential fraud against the UK’s Export Credit Guarantee Department”, which underwrites contracts with other countries. The SFO “discovered false representations by BAE to conceal the corrupt dealings, which would constitute conspiracy to defraud under UK law”.

The OECD was told that Mr Wardle had ended the investigation because of a threat that the Saudis would stop providing “intelligence on al-Qaeda”.

Ms Garlick said three key meetings between Mr Wardle and Sir Sherard “had a profound effect on his views”.

The cable records fury among other OECD members. The French “questioned the material nature of the cited national security grounds”. The Americans asked whether MI6 “had not joined the government’s assessment”.

Ms Garlick said it was “her belief” that Mr Wardle “had been prompted solely by his belief, based on the representations of various officials, that British lives and the lives of other nationals would be put at risk”.

She admitted “there were shades of difference between the views of the Attorney General and the SFO Director”, but denied there had been any disagreement with MI6.

A spokesman for BAE said a settlement had been reached a year ago and that “no charges of bribery or corruption were made against the company”.

She added: “As regulators themselves have recognised, BAE Systems has in recent years systematically enhanced its compliance policies and processes.”