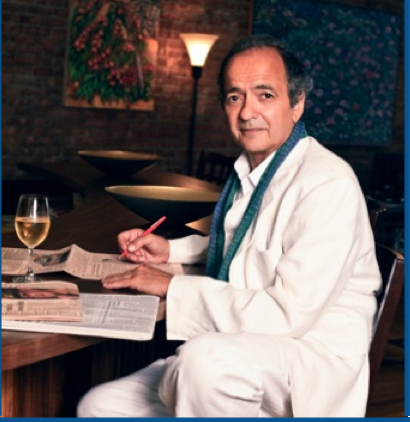 Trend forecaster Gerald Celente, of the Trends Research Institute, says that the further expansion of government austerity measures and impoverishment of the majority of the world’s populace will lead to more violence, riots and revolutions.

In his latest Trend Alert® to subscribers, Celente discusses the revolutions breaking out in the middle east and provides a different reasoning than mainstream pundits and politicians for why it is happening and why it will spread to Europe and the US:

As we wrote before Tunisia and Egypt erupted, the outbreaks would go global and the reasons behind the unrest would be more about bread and butter issues than politics. As economies decline, unemployment rises, taxes are raised and services cut – while those at the top get richer and most everyone else gets poorer – revolutions will continue to spread.

But that’s not the way it’s being represented by the same people who didn’t see it coming. The media, pundits and politicians have misrepresented the historic geopolitical events that have occupied the news since the onset of the New Year. Virtually overnight, the revolutions have been glorified as courageous fights for freedom and liberty by democracy-hungry-masses.

But it is not hunger for democracy that drives them. Democracy, autocracy, theocracy, monarchy – right, center, left – it is mostly a gut issue…an empty gut issue. When the money stops flowing down to the man in the street, the blood starts flowing in the streets. It’s a simple equation. A few at the top have too much, and too many others have too little.

In response to the current Middle East uprisings, gold has broken above $1400 an ounce and Brent Crude climbed to $113 a barrel. There is no end in sight to market volatility. As the violence escalates and expands, the fallout will be felt around the world.

From the onset of the financial crisis that began in August 2007, and through the ensuing Panic of ’08, Washington, the Federal Reserve and central banks have managed to forestall a Great Depression-grade meltdown by way of a variety of multi-trillion dollar rescue packages, bailouts and stimulus programs. For three years the programs were able to induce an illusory and superficial recovery that, barring a major external geopolitical jolt, might have continued to run its course until the inevitable denouement.

But now the jolt felt around the world is in the process of shattering the recovery illusion. Whether deliberately (as calculated policy) or as fallout from fear-based denial, the pieces are not being put together. The current unrest is not confined to the Middle East and North Africa, and as we had forecast, it will spread to Europe and other parts of the world. The more volatile and widespread the insurrections, the greater the probability that some combination of events (e.g., oil shock, terror attack, cyber wars and regional wars) will crash already fragile economies, and roil sound ones.

Conditions are spinning out of control. In some countries, bank and stock market closures are real possibilities, as is the imposition of martial law. We reiterate our forecast for gold $2000. We recommend keeping cash and necessities on hand to help weather emergency situations. If the worst does not happen, nothing is lost. If the worst happens and you are not prepared, you are lost.

Politics is playing a small role. For 30 years Egyptians lived under the rule of President Mubarak. For 30 years we heard how great Egypt was from the people that lived there, as well as our own media. Then, from one day to the next, everything changed and Mubarak was a dictator. A similar story was presented in other parts of the middle east that are now in turmoil.

This is not about deposing leaders for political reasons, though it may seem like it based on how it’s being presented in the media.

Consider the latest union protests in Wisconsin. It was portrayed by the media as a partisan issue – a fight between republicans and democrats. But had a democrat governor been forced to take similar action, the unions would have been in the streets protesting anyway.

This is happening because the flow of easy money is being systematically withdrawn from Main Street (the world over).

This is happening to public and private sector workers alike. No one is immune.

Keeping the arguments in a political space diverts the focus of the masses so that they hate each other, as opposed to targeting the fundamental reasons for why we’re in the position we are in the first place.

We’ve suggested it before, and we will yet again: As the people get broker and hungrier, and they lose their jobs, their homes and finally realize there will be no return to the boom times of the 80′s, 90′s and early 2000′s, the unrest will foment and spread.

2 thoughts on “Gerald Celente: ‘When the money stops flowing down to the man in the street, the blood starts flowing in the streets’”