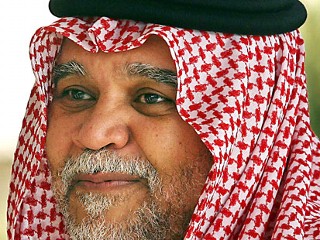 The arms company BAE secretly paid Prince Bandar of Saudi Arabia more than £1bn in connection with Britain’s biggest ever weapons contract, it is alleged today.

A series of payments from the British firm was allegedly channelled through a US bank in Washington to an account controlled by one of the most colourful members of the Saudi ruling clan, who spent 20 years as their ambassador in the US.

It is claimed that payments of £30m were paid to Prince Bandar every quarter for at least 10 years.

It is alleged by insider legal sources that the money was paid to Prince Bandar with the knowledge and authorisation of Ministry of Defence officials under the Blair government and its predecessors. For more than 20 years, ministers have claimed they knew nothing of secret commissions, which were outlawed by Britain in 2002.

An inquiry by the Serious Fraud Office (SFO) into the transactions behind the £43bn Al-Yamamah arms deal, which was signed in 1985, is understood to have uncovered details of the payments to Prince Bandar.

But the investigation was halted last December by the SFO after a review by the attorney general, Lord Goldsmith.

He said it was in Britain’s national interest to halt the investigation, and that there was little prospect of achieving convictions.

Tony Blair said he took “full responsibility” for the decision.

However, according to those familiar with the discussions at the time, Lord Goldsmith had warned colleagues that British “government complicity” was in danger of being revealed unless the SFO’s corruption inquiries were stopped.

The abandonment of the investigation provoked an outcry from anti-corruption campaigners, and led to the world’s official bribery watchdog, the OECD, launching its own investigation.

The fresh allegations may also cause BAE problems in America, where corrupt payments to foreign politicians have been outlawed since 1977.

The allegations of payments to Prince Bandar is bound to ignite fresh controversy over the original deal and the aborted SFO investigation.

The Saudi diplomat is known to have played a key role with Mrs Thatcher in setting up Britain’s biggest ever series of weapons deals.

For more than 20 years Al-Yamamah, Arabic for “dove”, has involved the sale of 120 Tornado aircraft, Hawk warplanes and other military equipment.

According to legal sources familiar with the records, BAE Systems made cash transfers to Prince Bandar every three months for 10 years or more.

BAE drew the money from a confidential account held at the Bank of England that had been set up to facilitate the Al-Yamamah deal. Up to £2bn a year was deposited in the accounts as part of a complex arrangement allowing Saudi oil to be sold in return for shipments of Tornado aircraft and other arms.

Both BAE and the government’s arms sales department, the Defence Export Services Organisation (Deso), allegedly had drawing rights on the funds, which were held in a special Ministry of Defence account run by the government banker, the paymaster general.

Those close to Deso say regular payments were drawn down by BAE and despatched to Prince Bandar’s account at Riggs bank in Washington DC.

Under the terms of a previously unknown MoD instruction from the department’s permanent secretary, Sir Frank Cooper, the payment deal would have required Deso authorisation.

The money was not characterised as commission, but as quasi-official fees for marketing services. The payments are alleged to have continued for at least 10 years and beyond 2002, when Britain outlawed corrupt payments to overseas officials.

SFO investigators led by assistant director Helen Garlick first stumbled on the alleged payments, according to legal sources, when they unearthed highly classified documents at the MoD during their three-year investigation.

Before the investigation was abandoned, the SFO interviewed Alan Garwood, head of Deso. Sources close to the arms sales unit say that he and Stephen Pollard, the commercial director of the Saudi project, were questioned about the reasons for authorising the payments.

Prince Bandar, currently head of the country’s national security council, was asked about the alleged payments by the Guardian this week.

He did not respond.

BAE Systems also would not explain the alleged payments. The company said: “Your approach is in common with that of the least responsible elements of the media – that is to assume BAE Systems’ guilt in complete ignorance of the facts.”

Its spokesman, John Neilson, added: “We have little doubt that among the reasons the attorney general considered the case was doomed was the fact that we acted in accordance with … the relevant contracts, with the approval of the government of Saudi Arabia, together with, where relevant, that of the UK MoD.”

The attorney general’s office would not discuss claims about Lord Goldsmith’s concerns of “government complicity” in the payments.

A spokesman said the SFO inquiry had been halted because of the “real and serious threat to national security”.

“There were major legal difficulties … given BAE’s claim that the payments were made in accordance with the agreed contractual arrangements”. The spokesman added: “None of this is altered by the Guardian story.”

“The MoD is unable to respond to the points made … since to do so would involve disclosing confidential information about Al-Yamamah, and that would cause the damage that ending the investigation was designed to prevent,” a spokesman said.

“This is potentially more significant and damaging than anything previously revealed. It is unforgivable if the British government has been actively conniving in under-the-counter payments to a major figure in the Saudi government.

“There must be a full parliamentary inquiry into whether the government has deceived the public and undermined the anti-corruption legislation which it itself passed through parliament.”

He added: “It increasingly looks as if the motives behind the decision to pull the SFO inquiry were less to do with UK national interests but more to do with the personal interests of one of two powerful Saudi ministers … Tony Blair’s claims that the government has been motivated by national security considerations look increasingly hollow.”

Last month, Dr Cable raised the issue of BAE in the Commons and accused Prince Bandar of benefiting personally from the Al-Yamamah deal.

The new disclosures may also make BAE’s attempted takeover of the US-based Armor Holdings more difficult. The deal requires approval from US regulators.

Separately, the state department has protested to the Foreign Office about the ending of the SFO inquiry, saying it undermines global efforts to stamp out corruption by exporters.

1985 Al-Yamamah agreement signed by Saudi defence minister Prince Sultan and the then defence secretary Michael Heseltine. Saudis agree to buy 72 Tornado and 30 Hawk warplanes. The deal – “the dove” in Arabic – will in time be worth £43bn to BAE

2006 Government halts SFO inquiry; investigators were about to gain access to Swiss accounts thought to have been linked to Saudi royal family

1 thought on “BAE Secretly Paid More Than £1 Billion Via US Bank to Saudi Prince, Sanctioned By MoD”