Several months ago I hosted a GitHub meetup in Boston to which tons of local geeks attended and drank free beer. During that meeting, I talked to a local graduate student in biophysics at Harvard named Andrew Leifer who told me that he loved GitHub and was in fact using it to collaborate on a program that accomplished mind control. with lasers. on worms.

Well, it turns out that I had not in fact been drinking too much and the project is real. Andrew’s research is called CoLBeRT: Controlling Locomotion and Behavior in Real-Time and works by running real-time analysis on video of a 1mm long specially bred light-sensitive C. elegans worm. The CoLBeRT system tracks the worm as it moves and shines laser light on specific neurons as the worm is moving to stimulate or inhibit those neurons. 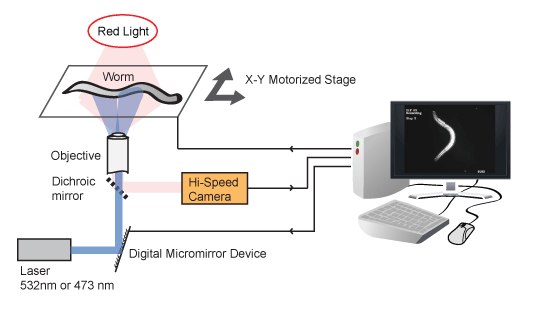 The system can make the worm paralyzed, lay eggs, back up, speed up or sense touch in different areas of its body, all by directing laser light into specific neurons. That’s right, I said lay eggs. Check out this kick-ass laser:

If you aimed that at me, I’d probably lay eggs too. 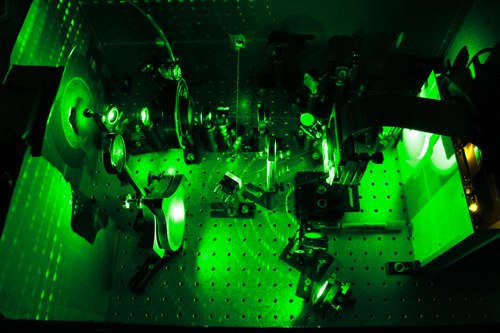 Andrew’s research has recently been published in Nature Methods and covered in Science News and Scientific American and true to his word the source code for laser worm mind control is on GitHub, aptly named MindControl, and is open source.

So, though the human brain has over 100 billion neurons instead of the worm’s 302, and we’re not photosensitive, this project brings us 1 evil pull request closer to total world domination. with frickin lasers.