The elite puppet Obama administration is doing what it does best:

S&P and Moody’s warned the U.S. about its credit rating and urged the government to do more to arrest a deteriorating fiscal situation. 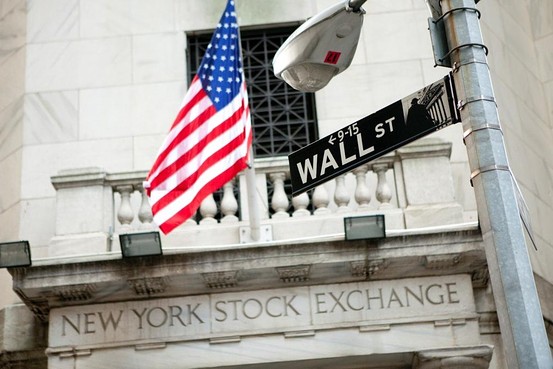 Jan. 13 (Wall Street Journal) — With attention focused on sovereign-debt worries in Europe, two major credit-rating firms reminded investors again that the U.S. has debt problems of its own.

Investors bought Treasury debt nonetheless, ignoring the comments, which echoed prior statements by the companies and may still be months or years away from having any practical meaning.

“The warning on the U.S. rating is well-founded,” said Brian Yelvington, chief fixed-income strategist at Knight Capital. “However, it will probably fall on deaf ears until the peripheral Europe story plays out.”

Moody’s Investors Service said in a report on Thursday that the U.S. will need to reverse the expansion of its debt if it hopes to keep its “Aaa” rating.

“We have become increasingly clear about the fact that if there are not offsetting measures to reverse the deterioration in negative fundamentals in the U.S., the likelihood of a negative outlook over the next two years will increase,” Sarah Carlson, senior analyst at Moody’s, said.

Separately, Carol Sirou, head of Standard & Poor’s France, told a Paris conference on Thursday that the firm couldn’t rule out lowering the outlook for the U.S. rating in the future.

“The view of markets is that the U.S. will continue to benefit from the exorbitant privilege linked to the U.S. dollar” to fund its deficits, Ms. Sirou said. “But that may change.”

However, Ms. Sirou, who has an administrative role and has no say in sovereign ratings, was mainly reiterating statements the agency has made in the past. She specifically referred to a comment more than two years ago by John Chambers, chairman of S&P’s sovereign-rating committee, suggesting that AAA ratings can always be changed.

The U.S. currently has the highest possible credit rating and a stable outlook at both raters, but both have warned repeatedly in recent years that the government’s long-term budget headaches must eventually be addressed.

The firms’ latest comments had no apparent impact on an auction of $13 billion in 30-year Treasury debt Thursday afternoon. The auction was slightly weaker than analysts expected, leading the government to pay 4.515% on the bonds, up from 4.492% before the auction.

But demand was higher than in other recent 30-year auctions, and this came at the end of a full week of new debt offerings that went off without a hitch.

Benchmark 10-year Treasury notes rallied on the day, lowering their yield, which moves in the opposite direction of price, to 3.307%. The cost of insuring U.S. debt against the risk of default in the credit default swap market was little changed, remaining well below that of Germany, the euro-zone benchmark.

Germany’s elevated default-insurance price is based partly on its exposure to the nagging debt problems of countries on Europe’s periphery. Those worries have also helped drive investors to U.S. Treasurys as a relatively safer alternative.

In its report, Moody’s said the U.S., Germany, France and the U.K. still have debt metrics compatible with their Aaa ratings.

But all four countries must bring future costs of pension and health-care subsidies under control if they “are to maintain long-term stability in their debt-burden credit metrics,” Moody’s said in its regular Aaa Sovereign Monitor report.

These measures of the U.S. debt burden include federal debt to revenue, estimated to average 397% of gross domestic product until 2020. The ratio of interest to revenue, meanwhile, is expected to rise to 17.6% by 2020, nearly double last year’s level. These are “quite high for an Aaa-rated country,” Moody’s said in its report.

The report also said that there is “a small but increasing likelihood that markets will demand a higher risk premium on government debt, in sharp contrast to the safe-haven status that the U.S. Treasury bond has long enjoyed.”

– US Census: Number of Poor People May Be Millions Higher

– US: Food Stamps Used by Record 43.2 Million in October, Up 15 Percent From A Year Ago

– Hiding The Greatest Depression: How The US Government Does It: