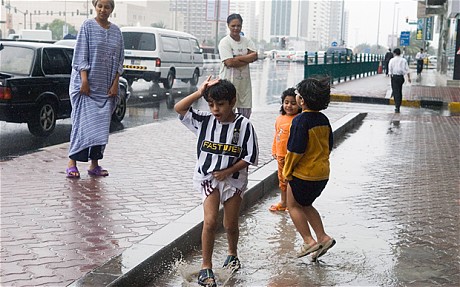 In a company video, seen by The Sunday Times, Helmut Fluhrer, the founder of Metro Systems International, the Swiss company in charge of the project, said: “We are currently operating our innovative rainfall enhancement technology, Weathertec, in the region of Al Ain in Abu Dhabid. We started in June 2010 and have achieved a number of rainfalls.”