– The Truth About Vitamin D Toxicity 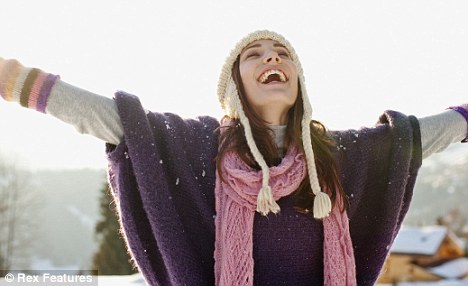 A diet packed with Vitamin D combined with high levels of sunlight could reduce the risk of breast cancer in women by 43 per cent.

A new study of 70,000 women conducted over ten years revealed that a diet high in Vitamin D had no effect on its own.

One theory is that consuming a diet rich in Vitamin D makes a difference only when there is already a sufficient amount produced from sun exposure.

Therefore, when sun exposure is low, diet intake does not make any difference to risk of disease.

However, the study concludes that an increase in overall Vitamin D intake should be encouraged, including fortifying foods with it – a practice already under way in America.

Laboratory studies have suggested that Vitamin D may have a number of anti-cancer effects and has been shown to slow the spread of cancer cells.

Researchers at the Centre for Research in Epidemiology and Population Health in France tracked 67,721 women aged 41 to 72 for a decade to see who developed breast cancer. Their diets and ultraviolet levels where they lived were then analysed to calculate the risks. At the end of the ten-year period 2,871 breast cancers had been diagnosed.

Living in regions with the highest ultraviolet levels was associated with a significant – nearly ten per cent – reduced risk compared to those women in the areas with the lowest UV.

But the biggest effects were seen when the researchers examined the impact of both sources of the vitamin.

In regions which had the highest level of daily ultraviolet, the women with higher level of Vitamin D in their diets or who took supplements had a breast cancer risk 32 to 43 per cent lower compared with those with the lowest vitamin intake.

‘Our findings support a protective effect of sun exposure on the risk of breast cancer,’ says Dr Pierre Engel, who led the study.

‘It is difficult to have a simple public-health message without thinking about the risk of skin cancer. We must be very cautious but we think that increased Vitamin D levels by reasonable sun exposure and higher dietary intakes should be encouraged.

‘As suggested by our results, diet alone seems unable to provide an adequate amount of Vitamin D.’

‘These results confirm other work we have carried out showing that women with high blood Vitamin D levels are at reduced risk of breast cancer compared to those who have very low levels,’ adds Dr Engel.

In the UK, Vitamin D deficiency is a common problem – more than half of the population has insufficient levels. Darker skins need more sun to get the same amount of Vitamin D as a fair-skinned person. The sunlight required has to fall directly on to exposed skin – two to three times a week for up to 30 minutes during summer months (April to September), which should then last throughout the year.

A simple blood test can show deficiency which can be rectified with supplements or injections.

Vitamin D deficiency can result in thin, brittle bones and the condition osteoporosis in older adults and rickets in children.