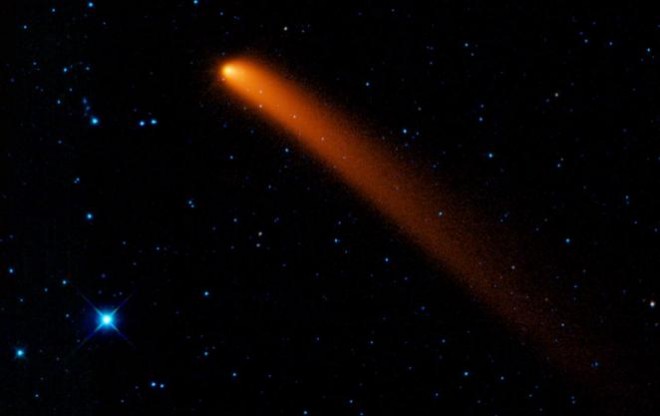 A century of comet data suggests a dark, Jupiter-sized object is lurking at the solar system’s outer edge and hurling chunks of ice and dust toward Earth.

“We’ve accumulated 10 years’ more data, double the comets we viewed to test this hypothesis,” said planetary scientist John Matese of the University of Louisiana at Lafayette. “Only now should we be able to falsify or verify that you could have a Jupiter-mass object out there.”

In 1999, Matese and colleague Daniel Whitmire suggested the sun has a hidden companion that boots icy bodies from the Oort Cloud, a spherical haze of comets at the solar system’s fringes, into the inner solar system where we can see them.

In a new analysis of observations dating back to 1898, Matese and Whitmire confirm their original idea: About 20 percent of the comets visible from Earth were sent by a dark, distant planet.

This idea was a reaction to an earlier notion that a dim brown-dwarf or red-dwarf star, ominously dubbed Nemesis, has pummeled the Earth with deadly comet showers every 30 million years or so. Later research suggested that mass extinctions on Earth don’t line up with the Nemesis predictions, so many astronomers now think that object doesn’t exist.

“But we began to ask, what kind of an object could you hope to infer from the present data that we are seeing?” Matese said. “What could possibly tickle [comets’] orbits and make them come very close to the sun so we could see them?”

Rather than a malevolent death star, a smaller and more benign companion called Tyche (Nemesis’ good sister in Greek mythology) could send comets streaming from the Oort Cloud toward Earth.

The cosmic snowballs that form the hearts of comets generally hang out in the Oort Cloud until their orbits are nudged by some outside force. This push could come from one of three things, Matese said. The constant gravitational pull of the Milky Way’s disk can drag comets out of their icy homes and into the inner solar system. A passing star can shake comets loose from the Oort Cloud as it zips by. Or a large companion like Nemesis or Tyche can pull comets out of their comfort zones.

Computational models show that comets in each of these scenarios, when their apparent origins are mapped in space, make a characteristic pattern in the sky.

“We looked at the patterns and asked, ‘Is there additional evidence of a pattern that might be associated with a passing star or with a bound object?’” Matese said.

After examining the orbits of more than 100 comets in the Minor Planet Center database, the researchers concluded that 80 percent of comets born in the Oort Cloud were pushed out by the galaxy’s gravity. The remaining 20 percent, however, needed a nudge from a distant object about 1.4 times the mass of Jupiter.

“Something smaller than Jovian mass wouldn’t be strong enough to do the deed,” Matese said. “Something more massive, like a brown dwarf, would give a much stronger signal than the 20 percent we assert.”

There’s one problem, however. The pattern only works for comets that come from the spherical outer Oort Cloud, which extends from about 0.3 to 0.8 light-years from the sun. Comets from the flatter, more doughnut-shaped inner Oort Cloud don’t create the same distinctive pattern.

“That’s troubling,” Matese said. “It requires an entirely new dynamical explanation for how inner Oort Cloud comets are made observable.”

That the same weird pattern from 1999 is still there today “definitely makes it a stronger case than past papers,” said planetary scientist Nathan Kaib of the Canadian Institute for Theoretical Astrophysics, who was not involved in the new work. But he would still like to see more data.

“I think this whole issue will be resolved in the next five to 10 years, because there’s surveys coming on line … that will dwarf the comet sample we have today,” he said. “Whether these types of asymmetries in the directions that comets are coming from actually do exist or not will definitely be hammered out by those surveys.”

We may not have to wait that long, Matese said. An object like Tyche could be seen directly by WISE, NASA’s infrared space telescope.

“We anticipate that this WISE is going to falsify or verify our conjecture,” he said. “We just have to be patient.” 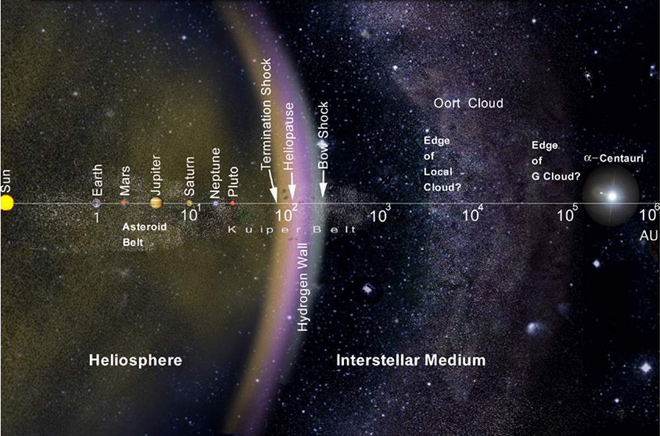