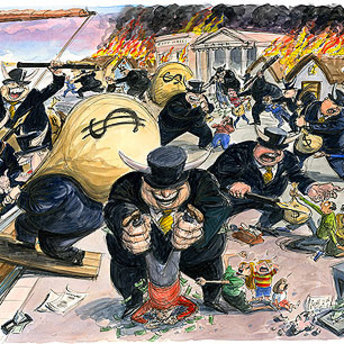 Nov. 30 (Bloomberg) — The biggest U.S. food-safety overhaul in more than 70 years won Senate passage as lawmakers sought to curb food-borne illnesses that cost the nation an estimated $152 billion a year.

The U.S. Food and Drug Administration would gain more power to police food companies under the bill that passed today in a 73-25 vote. The measure, backed by the food industry, public- health groups and consumer advocates, adds inspections and lets the FDA force recalls, rather than relying on companies to voluntarily remove contaminated foods from store shelves.

The bill had awaited a full Senate vote since winning unanimous approval a year ago by the Health, Education, Labor and Pensions Committee. It was prompted partly by recalls of cookie dough, spinach, jalapenos and salmonella-tainted peanuts that killed at least nine people and sickened more than 700 in 2008 and 2009.

“It’s shocking to think that the last comprehensive overhaul of the food-safety system was in 1938,” Senator Tom Harkin, an Iowa Democrat who heads the health committee, said in debating the legislation this month. “Food safety has too often become a hit-or-miss gamble. That is frightening, and it’s unacceptable.”

The House, which passed a food-safety bill last year, has agreed to adopt the Senate version, bypassing the need for a conference to integrate the two bills, Harkin said Nov. 18. Once both chambers have approved the measure, lawmakers will send it to President Barack Obama for his signature. Obama urged the House in a statement today to “act quickly on this critical bill.”

The Senate bill calls for the FDA to inspect at least 600 foreign food facilities within a year of enactment, and double its number of foreign inspections in each subsequent year for five years. The measure would require inspections every three years for U.S. manufacturing and processing plants the FDA deems to be at a high risk for contamination, and every five years for all other domestic facilities.

Under that schedule, 50,000 foreign and domestic food facilities would be inspected in 2015 by the FDA or by federal, state, local or foreign officials acting on the agency’s behalf, according to the nonpartisan Congressional Budget Office. The legislation would cost about $1.4 billion during five years, according to CBO estimates.

The FDA inspected fewer than half of the 51,229 U.S. food facilities that were subject to such visits during the five years ending in 2008, federal investigators said in an April report that found “significant weaknesses” in the agency’s food-safety system.

Food facility inspections declined to 15,000 in 2008 from 17,000 in 2004, according to the report, issued by the Health and Human Services Department’s inspector general. The FDA oversees 80 percent of the nation’s food supply, with meat and poultry falling under Department of Agriculture jurisdiction.

The legislation would require most food producers to develop hazard prevention plans and would give the FDA access to those records when requested. Some local food producers with annual sales under $500,000 would be exempt from that rule under language written by Democratic Senator Jon Tester of Montana, an organic farmer.

An estimated 76 million people contract food-borne illnesses in the U.S. each year, with 325,000 hospitalizations and 5,000 deaths, according to the Centers for Disease Control and Prevention in Atlanta. Such illnesses cost the U.S. economy $152 billion a year in health care and related expenses, according to a March report by Georgetown University’s Produce Safety Project in Washington.

Salmonella that made as many as 1,800 people ill this year was linked to eggs from two Iowa farms. The FDA said today that Wright County Egg, one Iowa producer tied to a salmonella outbreak this year, was cleared to resume U.S. shipments after more than 900 hours of inspections.

The Senate legislation “doesn’t fix the real problem” with the food safety system and may drive up food prices by $300 million to $400 million as companies pass compliance costs onto consumers, said Senator Tom Coburn, an Oklahoma Republican who opposed the measure.

The Senate rejected, in a 62-36 vote, an alternative food- safety proposal by Coburn that would have required FDA technology upgrades and more coordination between that agency and the Department of Agriculture.

“The problem with food safety is that the agencies don’t do what they’re supposed to be doing now,” Coburn said in today’s debate. “They don’t need more regulation; they need less.”

Food-industry and consumer groups urged the House to pass the Senate measure quickly.

“This landmark legislation provides FDA with the resources and authorities the agency needs to help strengthen our nation’s food safety system by making prevention the focus of our food- safety strategies,” Pamela Bailey, president of the Grocery Manufacturers Association in Washington, said in a statement. Nestle SA of Vevey, Switzerland, and Northfield, Illinois-based Kraft Foods Inc., the world’s two biggest food companies, are among the more than 300 members in the group.

Senate passage of the bill “represents a major milestone for food-safety reform,” Jean Halloran, director of food policy initiatives at the nonprofit Consumers Union in Yonkers, New York, said in an e-mail.