Yes, the Federal Reserve is above the law!

Yesterday’s Ben Bernanke penned an Op-Ed in which he essentially said: “I am doing whatever I interpret my mandate to be, which right now means only thing: Dow 36,000. I am only accountable to the private bank that is the Federal Reserve, a few Wall Street CEOs, and no one else. Congress has no power over me.Try to stop me.”

And while the stock market is so far in love with this exhibition of outright hubris which promises record bonuses even as a record number of Americans subsist on foodstamps and real, not BLS, unemployment is over 20%, putting the Chairman in a long-overdue strait jacket will ultimately require an outright clash between those who still believe in that piece paper called the constitution and the kleptocratic cartel to whom the trade-off between a senior bond impairment and their first born is never all that clear.

And while more and more try to educate a hypnotized, strategically defaulting US society what QE2 means to their future, the rest of the world is already rising in a tidal wave of disapproval aimed at the Federal Reserve. As the FT reports, Brazil, China, German, and Thailand, and soon everyone else, have already voiced thighest criticism and their condemnation of this escalation in FX wars.

China, Brazil and Germany on Thursday criticised the Fed’s action a day earlier, and a string of east Asian central banks said they were preparing measures to defend their economies against large capital inflows.

Guido Mantega, the Brazilian finance minister who was the first to warn of a “currency war”, said: “Everybody wants the US economy to recover, but it does no good at all to just throw dollars from a helicopter.”

Mr Mantega added: “You have to combine that with fiscal policy. You have to stimulate consumption.” Germany also expressed concern.

An adviser to the Chinese central bank called unbridled printing of dollars the biggest risk to the global economy and said China should use currency policy and capital controls to cushion itself from external shocks.

“As long as the world exercises no restraint in issuing global currencies such as the dollar – and this is not easy – then the occurrence of another crisis is inevitable, as quite a few wise Westerners lament,” Xia Bin wrote in a newspaper under the Chinese central bank.

Korn Chatikavanij, Thailand’s finance minister, said the Thai central bank had told him it was “in close talks” with regional central banks over measures “to prevent excessive speculation.”

The renewed tension is likely to complicate US efforts to get leaders of the world’s leading economies countries meeting in Seoul next week to press China to sign up to a new accord promising to limit current account balances.

Everyone now realizes that the most benign outcome of this act is the symbolic isolation of the US by the rest of the world. The outright isolation will come the second China, Germany and Russia announces they have come up with their own, commodity-backed currency.

Dan Price, partner at the law firm Sidley Austin and formerly George W. Bush’s White House representative at the G20, said: “The US may find it increasingly difficult to galvanize countries to push China on [renminbi] appreciation when many think the Fed’s quantitative easing policy is itself a major contributor to currency misalignment and imbalances.”

Neither the Federal Reserve nor the US Treasury commented on Thursday. The tension over exchange rates has created fears of a wave of protectionist trade and investment actions in response, a reaction that so far has been markedly absent from the global economy during the recession and recovery.

The World Trade Organisation, in association with other international institutions, released a regular report which said that new restrictions on trade, direct investment and capital flows had remained subdued.

At some point all Americans, no matter how engrossed with their facebook profile, will have to ask themselves: is preventing a few multibillionaires from suffering debt writedown losses a sufficient compensation for the trillions in incremental debt, for the conversion of America to the laughing stock of the world and its subsequent insolvency, and to the collapse of the standard of living of those 81% of Americans who barely have any stock market holdings, and thus benefit exactly zero from this action. 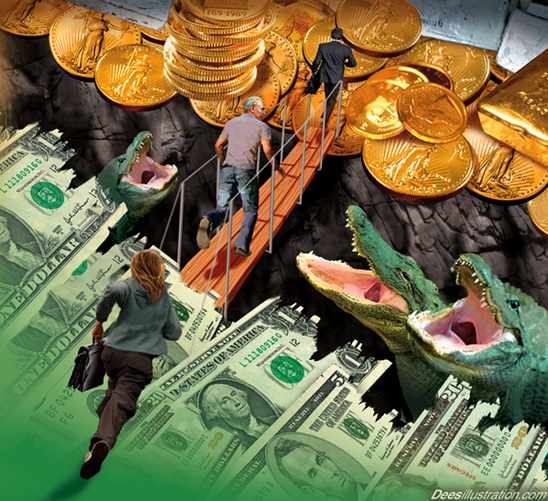