Look where he got the bodies from and then better not dig deeper:

In 2008, the front page of the exhibition website had a disclaimer describing the presumed origin of the bodies and fetuses:

Disclaimer:
-This exhibit displays human remains of Chinese citizens or residents which were originally received by the Chinese Bureau of Police. The Chinese Bureau of Police may receive bodies from Chinese prisons. Premier cannot independently verify that the human remains you are viewing are not those of persons who were incarcerated in Chinese prisons.

-This exhibit displays full body cadavers as well as human body parts, organs, fetuses and embryos that come from cadavers of Chinese citizens or residents. With respect to the human parts, organs, fetuses and embryos you are viewing, Premier relies solely on the representations of its Chinese partners and cannot independently verify that they do not belong to persons executed while incarcerated in Chinese prisons. 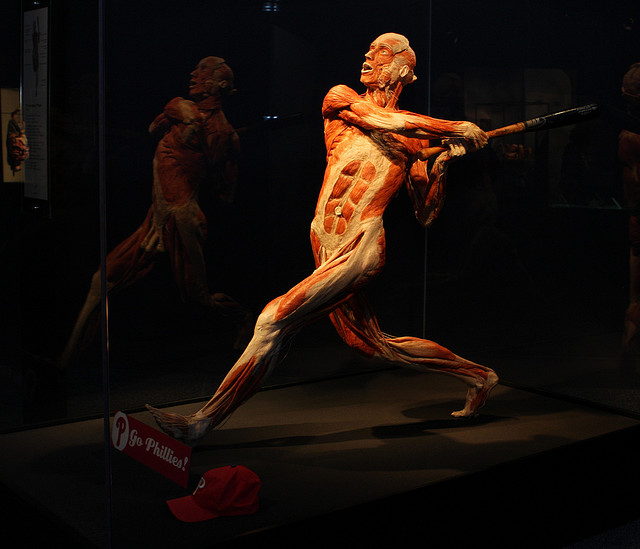 The move has provoked strong condemnation from German churches which accuse him of degrading human dignity.

For those on a tighter budget, transparent body slices are available from 115 euros each. 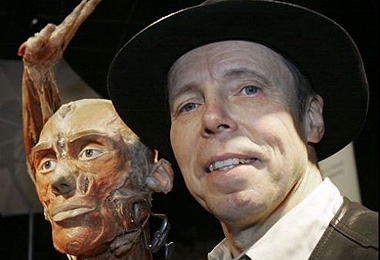 But these real body parts — which have undergone plastination, a process which replaces water and fat with plastic for preservation purposes — are not available to everyone.

Only “qualified users” who can provide written proof that they intend to use the parts for research, teaching or medical purposes can place an order.

Interested parties who do not fall into this category can buy reproductions of the real body parts — so-called “Anatomy Glass,” which the shop’s website describes as “high resolution acrylic glass prints of the original body slices.”

Jewelry crafted from animal corpses, including necklaces made from horse slices, wristbands made from giraffe tails and earrings made from bull penises, is also available to the general public.

Zollitsch said “human dignity is sacrosanct — even after death — so the human body shouldn’t be degraded and made into an object of spectacle, or a stock of spare parts.”

They said that “Germany must not be allowed to become a hub of the corpse trade.”

Von Hagens, 65, is no stranger to controversy. A public autopsy he performed in front of a live audience in 2002 was televised and caused a public outrage, as did his 2004 tour through Germany with his Body Worlds exhibitions. 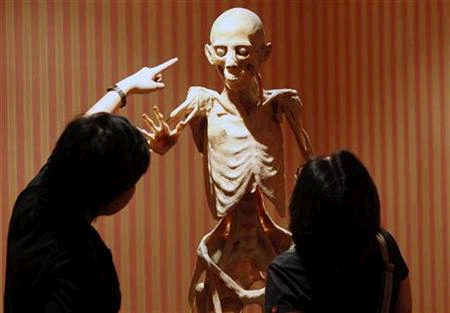