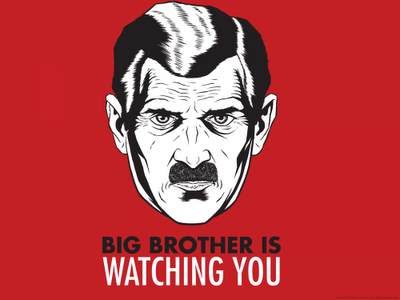 Brazil‘s government, behind the facade of open democracy, continues to advance its way as one of the most autoritarian police states in the world.

Brazilian population will be forced very soon to have in their cars identification chips (RFID), as well as GPS locators and blockers.

According to several news , the brazilian government hurries to show until november of 2010 the GPS tracker that will be legally required to be in all new cars from February of 2011.

It is unclear how this will work but in this article of the Folha de Sao Paulo says the Denatran (Transit National Department) will oversee the center, and that it will be operated by Serpro (organ of government for data processing). This means that the brazilian government can access the location of any car registered in the country!

The article in the Folha de Sao Paulo also says:

To circumvent the criticisms of those who claim lack of privacy, which has led the discussion to the judicial arena, the Minister Marcio Fortes says there will be two options: the tracker and blocker. This will make the car stop in a given situation, for example if the thief stops at traffic lights, and will be mandatory. In the other hand, the GPS tracker will be contracted or not by the user.

The implications of this? Imagine this in the hands of a corrupt and totalitarian government, which decides to label as terrorists those who disagree with its actions? Brazilian should unite and reject this law, modeled on the American war on terror, using security as pretext for the removal of our freedoms and privacy.

I had read some time ago in Portugal that the cars would be required to have RFID chip (radio frequency) identification and was stunned by that. What was my surprise to learn that since 2006 we have a law that creates the Siniav, or National System for Automatic Vehicle Identification, which will require the installation of identification chips in all cars and maintain a network of reading antennas, which will identify every vehicle.

And goes on saing that militar vehicles are not required to use but all other motor vehicles will have to be equipped with the chip:

§ 2 The use of military vehicles are exempt from this requirement.

Article 2 No motor vehicle, electrical, trailer and semi-trailer can be licensed on roads open to traffic without being equipped with the electronic board of this resolution.

The full resolution can be downloaded here.

According to the engineer Dario Thorbe, data is encrypted and confidential, and will be accessible only the traffic department and eventually the police. Ahhhhh, ok then, now I feel so safe!

Again the state using the pretext of security for the people to accept totalitarian measures. Gradually we are seeing around us the government, putting in place tools that will allow a micro-managing the lives of all citizens. Close to what we have at some time in Brazil, 1984 will be pretty easy.