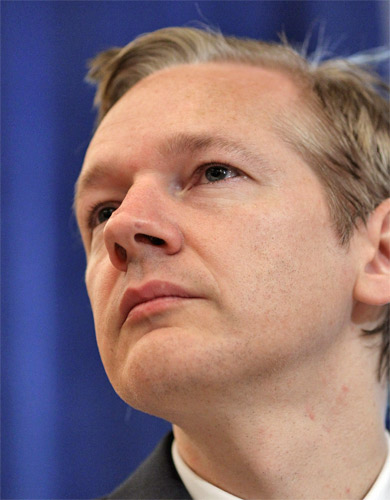 The White House and the Pentagon have failed to confront and contain the threat to national security posed by WikiLeaks and its founder Julian Assange who should be arrested as an “enemy combatant”, voices on the US conservative right insisted yesterday.

Frustration with the failure of President Barack Obama to combat WikiLeaks has grown since the release of almost 400,000 secret documents that exposed the extent of abuse of prisoners in Iraq by US and Iraqi personnel.

One Fox commentator went so far as to call for the WikiLeaks figurehead to be treated as a prisoner of war. Christian Whiton,a former State Department official, demanded that America seize Mr Assange and deal with him and other WikiLeaks staff as “enemy combatants”. Calling for “non-judicial action” against them, he implied that they should be in Guantanamo Bay with Taliban inmates.

Nor was Whiton alone in his stance. “The government also should be waging war on the WikiLeaks web presence,” an editorial in the conservative Washington Times railed this week. Other infuriated conservative commentators made similar demands on websites of such august institutions as the neoconservative thinktank the American Enterprise Institute (AEI).

However, the right is not united in its response to the latest paper blizzard. Before the cries for muscle-flexing began, some on the right thought they saw snippets in the new documents to stand up the discredited theory at the centre of the 2003 invasion – that there were weapons of mass destruction hidden in Iraq. “There were weapons of mass destruction after all,” was a weekend headline in the New York Post, also Murdoch-owned.

Closer inspection of passages referring to the discovery of equipment by coalition forces in Iraq reveal they were left over from early efforts by Saddam Hussein to build a deadly arsenal and do not point to his concealing hardware when the invasion was ordered.

But it is the inability of America to silence WikiLeaks that is stirring the greatest passion among conservatives. On the AEI website, Marc Thiessen, a former spokesman for the late Senator Jesse Helms, noted a Twitter post from Admiral Mike Mullen, the chairman of the Joint Chiefs of Staff, saying that the leaks put lives at risk.

“Mullen is right – the release of these documents was irresponsible and dangerous. But, with all respect to the chairman, a Twitter posting is not exactly the cyber response that these WikiLeaks disclosures warrant,” he wrote.