– The West is in ‘Grave Danger of Financial Collapse’: Justice Secretary Kenneth Clarke

– UK: Every email, phone call and website visit to be recorded and stored

Last month’s figure of £16.2bn was worse than expected and the highest September deficit on record 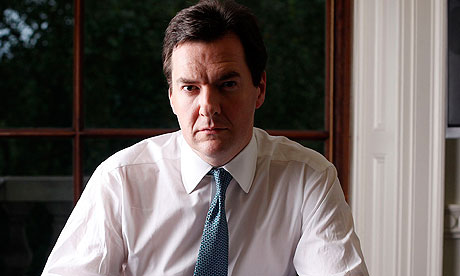 Government borrowing has hit a record high for a September, casting some doubt on the government’s ability to achieve its annual forecast. The figures came just hours before George Osborne set out his austerity plans in the comprehensive spending review.

“The chancellor will have to go ahead with implementing savage cuts to achieve his goal,” said Hetal Mehta at Daiwa Capital Markets.

Higher interest payments forced the government to borrow £16.2bn last month, figures from the Office for National Statistics showed this morning. The figure, which excludes the impact of the banking bailout, is higher than the City expected and was the biggest September deficit since records began in 1993.

“Another month, another record,” said Mehta. “The fact the government borrowing was higher in September this year than a year ago – and indeed higher than in any September – is concerning given the higher VAT receipts and stronger pace of economic growth earlier in the year. There was a big increase in interest payments, which risks getting larger if the government fails to follow through fully on its plans to reduce the deficit.”

Total borrowing for the first six months of the financial year climbed to £73.5bn, against £77.4bn at this stage last year. The Office for Budget Responsibility is predicting borrowing of £149bn for this financial year, down from £155bn last year.

The chancellor may still be able to meet his target but much will depend on how well economic growth holds up over the rest of the financial year, said Howard Archer at IHS Global Insight. “A serious problem for the government is that interest payments are increasing markedly. The government will highlight this as a key reason as to why there should be no delay in enacting measures to improve the public finances.”

The Bank of England’s monetary policy committee was split three ways this month, as expected, minutes of the meeting showed today. Adam Posen called for a return to stimulus measures, voting to boost the Bank’s £200bn quantitative easing programme by £50bn, while Andrew Sentance repeated his call for a rate increase for the fifth month in a row, and the remaining seven voted for no change.