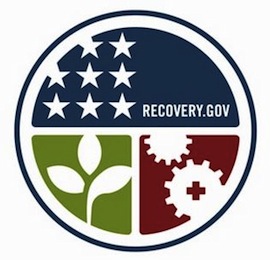 A new piece of evidence has emerged in the debate over the effectiveness of President Obama’s 2009 stimulus package, and it’s not good for Democrats. According to two newly released audits performed by the Los Angeles controller, L.A. spent enormous portions of the $594 million in stimulus funds it received on projects that created or saved just a handful of jobs. All told, the audits — available here and here [pdf] — examined $111 million in stimulus spending by the city’s Department of Transportation and Department of Public Works, and found that the money went to projects that created or retained just 54 jobs. That works out to roughly $2 million per job.

The $71 million that went to the Department of Public Works, which funded 15 road-surfacing and similar projects, was projected to save or create 238 jobs. But according to the audit, the money created just 7.76 jobs â€” or slightly more than $10 million per new job â€” and saved 37.7 (the fractions are a result of calculating the number of jobs by hours worked). The Department of Transportation’s $40 million created or retained just nine jobs, the audit found.

In a press release accompanying the audits [pdf], L.A. Controller Wendy Greuel said the job numbers were underwhelming. “I’m disappointed that we’ve only created or retained 55 jobs after receiving $111 million in [stimulus] funds,” Greuel said. “With our local unemployment rate over 12 percent, we need to do a better job cutting the red tape and putting Angelenos back to work.”

The audit didn’t find any misspent funds or waste. But the breakdown of how some of the money was spent seems to indicate efficiency was not exactly the order of the day for project managers. The Department of Transportation, for instance, spent $9 million to install new LED lightbulbs in traffic lights at 1,800 intersections. Less the $228,000 in labor costs associated with the project, that’s nearly $5,000 per location to change lightbulbs. Another project spent $4 million to install 65 new left-turn arrows, averaging more than $61,500 per arrow.