If you know superfoods like AFA  and spirulina algae for almost 20 years like I do, then this is no surprise.

2g of AFA algae contains the exact ammount and spectrum of ammino acids that your body needs for one day.

So it should come of no surprise that AFA truly is superfood for the brain and the entire body.

You have to take AFA in the morning. If you take them in the evening you maybe won’t be able to sleep, because you are so energized.

There are many more superfoods.  This is just an example.

A genuine “elixir of life” that can hold death at bay has been discovered by scientists. 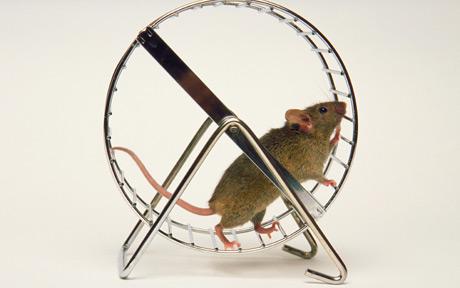 The cocktail of amino acids – building blocks of proteins – was found to increase the lifespan of mice by 12 per cent.

Researchers believe it may also benefit humans, especially the elderly or sick.

The animals lived significantly longer than other mice fed a normal diet.

Their lifespan range had a midpoint of 869 days compared with 774 days for untreated mice, a difference of 12 per cent.

The treated mice had more stamina and improved muscle co-ordination.

“This is the first demonstration that an amino acid mixture can increase survival in mice,” said study leader Dr Enzo Nisoli, from the University of Milan in Italy.

Last year scientists showed that the same amino acids, leucine, isoleucine and valine, could extend the lifespan of single-celled yeast.

The scientists pointed out that the mice studied were aged but otherwise healthy.

Dr Nisoli said a large patient trial was needed to provide evidence convincing enough for doctors. However, there was little financial incentive for companies to conduct such studies on dietary supplements.

Leucine, isoleucine and valine, known as branched-chain amino acids (BCAAs), account for a fraction of the 20 amino acids from which proteins are made, but appear to have special anti-ageing properties.

Mice given the three amino acids produced larger numbers of mitochondria – the rod-like “powerhouses” in cells that generate energy – in their heart and skeletal muscle.

Amino acid supplements were likely to be more effective than consuming proteins containing the same amino acids, according to the researchers.

Unlike protein, they did not have to be digested, and could enter the bloodstream immediately.

“They come with no energy cost,” said Dr Nisoli.

In their paper the scientists wrote: “We have provided evidence that an original BCAA mixture increases average life span in male mice.

“This was likely the consequence of increased mitochondrial biogenesis and reduced oxidative stress in cardiac and skeletal muscles.

control of age-related disorders in humans.”