A group of American soldiers are facing murder charges for a five-month killing spree in which they randomly targeted Afghan civilians for sport, a US military investigation has reported. 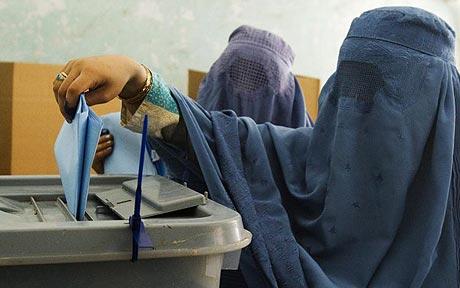 Sept. 19 — In at least one attack, a soldier threw a grenade to pretend they were being ambushed as a pretext to then shoot dead an innocent villager.

All were reported to deny wrongdoing and military investigators will hold a pre-trial hearing at their home base in Washington later this year.

American commanders fear details of the incidents could cause widespread anger in Afghanistan, where civilian deaths have fostered deep resentment against coalition forces.

Five soldiers are accused of forming a “kill team” and murdering three people in Kandahar province between January and May this year.

Seven others are charged with attempting to impede the investigation and beating up a private who blew the whistle on their activities, as well as smoking hashish.

The relatives of one accused have also said the military failed to prevent the latter killings.

The father of one soldier said he had tried to contact the Army after his son had talked of his comrades’ actions and warned they were looking for another victim, but his fears had been rebuffed.

The alleged killers were all from a platoon of the 5th Stryker Combat Brigade, 2nd Infantry Division, which saw heavy fighting in the southern province of Kandahar until its tour ended in July.

Court papers say the gang first began to discuss killing when Staff Sgt Calvin Gibbs, arrived in the platoon and boasted it had been easy to get away with “stuff” on a previous tour in Iraq, the Washington Post reported.

The first alleged murder was on Jan 15 while the platoon guarded a meeting of tribal elders in the village of La Mohammed Kalay according to case documents.

An Afghan named Gul Mudin began walking toward the soldiers and as he approached a soldier threw a grenade to simulate an attack and several soldiers opened fire killing him.

Further murders followed in February and May.

In a year-long tour, 35 soldiers were killed in combat, six others died from other causes and 239 were wounded.