Tax inspectors have been given police-like powers to access people’s bank statements, address books, payslips and even diaries, The Daily Telegraph has learned. 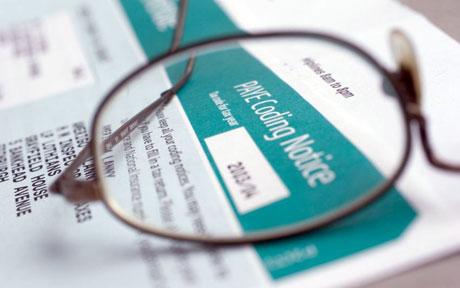 The revenue has said it plans to recover the unpaid tax when they complete their self-assessment forms by January 2012 Photo: ALAMY

The inspectors can now turn up at people’s homes or businesses unannounced and examine their records if they believe not enough tax has been paid.

The news comes at the end of a week in which HM Revenue & Customs was accused of incompetence because of failings in the ‘pay-as-you-earn’ (PAYE) system. About 1.4 million people are now facing tax demands because of HMRC errors.

The scale of the new powers for tax inspectors, which were first introduced last year under the Finance Act 2008, have only become apparent after HMRC started to publish redacted versions of their training manuals on the internet.

Gary Ashford, head of tax risk, disputes and investigations at accountancy firm RSM Tenon, said that the powers under civil law made tax inspectors more powerful than the police.

So far hundreds of people are thought to have been subject to the intrusive unannounced checks.

The powers are likely to be targeted at people who run businesses, but can also be targeted at anyone who works from home or has a portfolio of rental properties through buy-to-let mortgages.

Mr Ashford said: “It is not about avoidance or evasion, it is if a tax inspector wants to satisfy himself if someone is paying the right tax. It can be a business or individual – any taxpayer.

“These powers amount to the biggest change in between 30 and 40 years in the way that HMRC does its business. These significant changes have been introduced and the public doesn’t know about them.”

HMRC has started to publish guidance on the powers on its website but has withheld information about people’s rights to challenge them.

Mr Ashford suggested that the full guidance should be published in order to maintain public confidence in the new powers.

The breadth of the powers in civil law also meant that greater checks and balances should be constructed to ensure that they are not abused, he said.

Last year a HMRC report said the tax gap – the amount of unpaid tax – was £40 billion. However unpaid tax clawed back by inspectors increased from £7.5 billion to £12 billion.

David Cameron, the Prime Minister, has pledged that the Coalition would crack down on tax evaders. He said last month: “Tax evasion is as bad as benefit fraud and both need to be combated.”

A spokesman for HMRC said: “HMRC takes tax evasion very seriously. The vast majority of taxpayers play by the rules and they get understandably angry when they hear about the antics of the crooked minority who are determined to cheat.

“When we chase the cheats we act on behalf of that honest majority.”

She said that “greater safeguards” were in place to protect taxpayers. She said: “Unannounced visits, which are the exception, are only made where pre-arranging the visit would undermine the purpose of the inspection and are targeted at serious fraud.”