A healthy body with a functioning(!) immune system cannot be conquered by a virus or bacteria..

It is impossible for any virus or bacteria to cause any harm at all.

A healthy body cannot be attacked because a fully charged cell does not allow any virus or bacteria to enter into it.

This is like a computer virus that was designed for Windows that finds itself in a Linux environment and nothing happens.

That has been proven also by experiments done by Stalin, Hitler and Mao in the forties.

1. The first group of ‘participants’ drank a glass of water totally contaminated with cholera and were told about what they just drank.
Result: All died.

2. The second group wasn’t told that they just drank a glas of water that has been totally contaminated with cholera.
Result: Not one died.

3. The third group were told that they just drank a glass of water that has been contaminated with cholera, although they drank the purest well water.
Result: 50% died !!!

Horrible experiments, but if you know about them, then they can save your life now.

Yes, people who eat processed or junk food containing MSG, Aspartame or Fluoride or have been vaccinated just once (!) do not have a 100% functioning immune system anymore and in most cases it is already barely functioning, because the body has been poisoned for all these years.

BUT even more important is the fact that if you get scared and by into mass media fear mongering you are already about ‘50% dead’!

I recommend you stay relaxed and healthy instead. 🙂

And even if you get sick alternative medicine has the cure for any disease (incl. cancer).

Also learn to harness the power of your soul, mind and spirit to stay healthy. 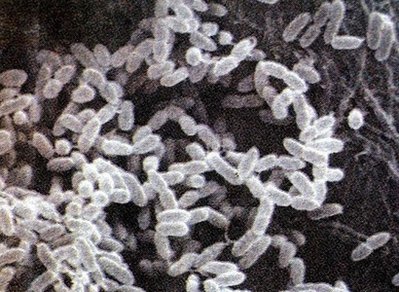 Serious public health risks due to a lack of new antibiotics at a time of rising antibiotic-resistant “superbugs” will be the main focus of a top microbiology conference in Boston that starts Sunday. (AFP/HO/File)

BOSTON – An infectious-disease nightmare is unfolding: Bacteria that have been made resistant to nearly all antibiotics by an alarming new gene have sickened people in three states and are popping up all over the world, health officials reported Monday.

The U.S. cases and two others in Canada all involve people who had recently received medical care in India, where the problem is widespread. A British medical journal revealed the risk last month in an article describing dozens of cases in Britain in people who had gone to India for medical procedures.

How many deaths the gene may have caused is unknown; there is no central tracking of such cases. So far, the gene has mostly been found in bacteria that cause gut or urinary infections.

Scientists have long feared this – a very adaptable gene that hitches onto many types of common germs and confers broad drug resistance, creating dangerous “superbugs.”

“It’s a great concern,” because drug resistance has been rising and few new antibiotics are in development, said Dr. M. Lindsay Grayson, director of infectious diseases at the University of Melbourne in Australia. “It’s just a matter of time” until the gene spreads more widely person-to-person, he said.

Grayson heads an American Society for Microbiology conference in Boston, which was buzzing with reports of the gene, called NDM-1 and named for New Delhi.

The U.S. cases occurred this year in people from California, Massachusetts and Illinois, said Brandi Limbago, a lab chief at the Centers for Disease Control and Prevention. Three types of bacteria were involved, and three different mechanisms let the gene become part of them.

“We want physicians to look for it,” especially in patients who have traveled recently to India or Pakistan, she said.

What can people do?

Don’t add to the drug resistance problem, experts say. Don’t pressure your doctors for antibiotics if they say they aren’t needed, use the ones you are given properly, and try to avoid infections by washing your hands.

The gene is carried by bacteria that can spread hand-to-mouth, which makes good hygiene very important.

It’s also why health officials are so concerned about where the threat is coming from, said Dr. Patrice Nordmann, a microbiology professor at South-Paris Medical School. India is an overpopulated country that overuses antibiotics and has widespread diarrheal disease and many people without clean water.

“The ingredients are there” for widespread transmission, he said. “It’s going to spread by plane all over the world.”

The U.S. patients were not related. The California woman needed hospital care after being in a car accident in India. The Illinois man had pre-existing medical problems and a urinary catheter, and is thought to have contracted an infection with the gene while traveling in India. The case from Massachusetts involved a woman from India who had surgery and chemotherapy for cancer there and then traveled to the U.S.

Lab tests showed their germs were not killed by the types of drugs normally used to treat drug-resistant infections, including “the last-resort class of antibiotics that physicians go to,” Limbago said.

She did not know how the three patients were treated, but all survived.

Doctors have tried treating some of these cases with combinations of antibiotics, hoping that will be more effective than individual ones are. Some have resorted to using polymyxins – antibiotics used in the 1950s and ’60s that were unpopular because they can harm the kidneys.

The two Canadian cases were treated with a combination of antibiotics, said Dr. Johann Pitout of the University of Calgary in Alberta, Canada. One case was in Alberta, the other in British Columbia.

Both patients had medical emergencies while traveling in India. They developed urinary infections that were discovered to have the resistance gene once they returned home to Canada, Pitout said.

The CDC advises any hospitals that find such cases to put the patient in medical isolation, check the patient’s close contacts for possible infection, and look for more infections in the hospital.

Any case “should raise an alarm,” Limbago said.