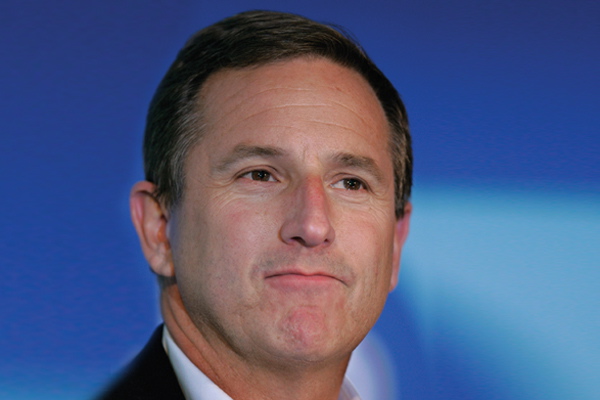 Hurd is accused of listing other people as his dinner partners on expense reports when he’d been out with the woman. HP also claimed Hurd arranged for her to be paid for work she didn’t do.

There was only one instance in which that occurred, the person close to the case said, but it was for an event that was canceled at the last minute and the woman’s contract required that she would be paid unless an event was canceled 30 days in advance.

Hurd says the errors in the reports may have been entered unwittingly by an assistant, according to the person close to the case, who requested anonymity because of not being authorized to speak publicly about it. Hurd hasn’t gotten a full accounting from HP of the expenses he is alleged to have falsified or a total, though he has agreed to refund the company, this person said.

This person said Hurd met the woman, who is in her 40s, when interviewing her in 2007 for a job greeting and introducing executives at corporate events that she also helped organize.

They talked at a luxury hotel and met for a second time in Denver when she was flown in for a final interview at an HP event Hurd was attending, according to this person. Hurd approved the hire then, the person said.

Hurd and the woman often shared dinner after events she was hired for, said the person, who described the relationship as an acquaintance that became friendly.

Hurd’s ouster is the third in five years at HP’s top echelon. First was Fiorina’s in 2005, then former Chairwoman Patricia Dunn was ousted in 2006 amid a boardroom spying scandal that involved spying on reporters’ and directors’ phone records to suss out the source of leaks to the media.