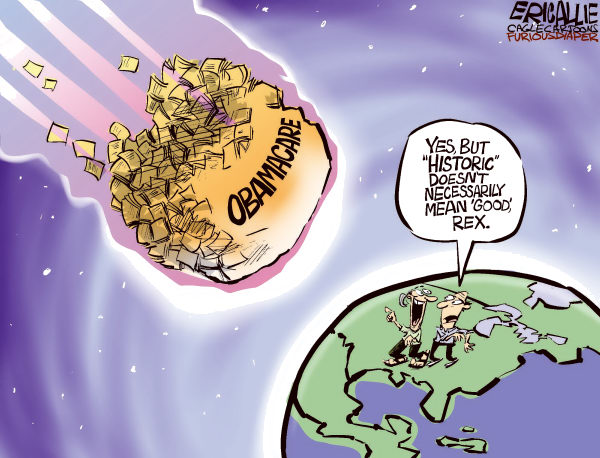 The Justice Department in June asked a federal judge to dismiss the lawsuit, saying the U.S. District Court in Pensacola lacks subject-matter jurisdiction over some of the lawsuit’s claims. They also said other parts of the lawsuit failed to state claims upon which relief can be granted.

The states, the National Federation of Independent Business and several individual taxpayers will file their response in Pensacola federal court.

A key issue raised by their lawsuit is whether the federal government can require individuals to purchase health care insurance and fine those who don’t.

The court must hear the case to preserve individual liberties granted through the Constitution, said Karen Harned, executive director of the Small Business Legal Center of the National Federation of Independent Business.

“The federal government does not have the authority to regulate an individual’s decision to do nothing. If they did, then they could force us to purchase any product they want,” she said.

In a statement, Harned said the government’s motion to dismiss was based on “political rhetoric and flimsy legal arguments” and was an attempt to distract the court from evaluating the case’s constitutional issues.

U.S. District Judge Roger Vinson has set a Sept. 14 hearing to consider arguments on the motion to dismiss.

In its motion to dismiss the lawsuit, the Justice Department said the requirement to buy coverage is an exercise of Congress’ constitutional power to tax and spend. Government attorneys also have said that while reasonable people may disagree on issues such as the health care overhaul, it cannot be moved from the elected branches of government into the courts without a genuine constitutional issue, which they maintain is absent in this case.

The states argue the new law will require them to pay additional Medicaid costs not covered by the federal government, but that they cannot opt out of the program for low-income and disabled people because it has become too popular.

They maintain that violates the 10th Amendment, which says the states and people have powers that the constitution does not grant to the federal government nor prohibit the states from having.

The health care law, passed along partisan lines, requires most Americans to carry health insurance — through an employer, a government program, or by buying their own policy. The mandate is effective in 2014. Insurers will then be required to take all applicants, and the government will offer tax credits to help middle-class households pay premiums. Medicaid will be expanded to cover millions more low-income people.

Individuals who refuse to get health insurance will face a tax penalty, with exceptions for financial hardship and religious reasons.

– GLOBE MAGAZINE: OBAMA BORN IN AFRICA! WHY HIS PRESIDENCY IS ILLEGAL (!)