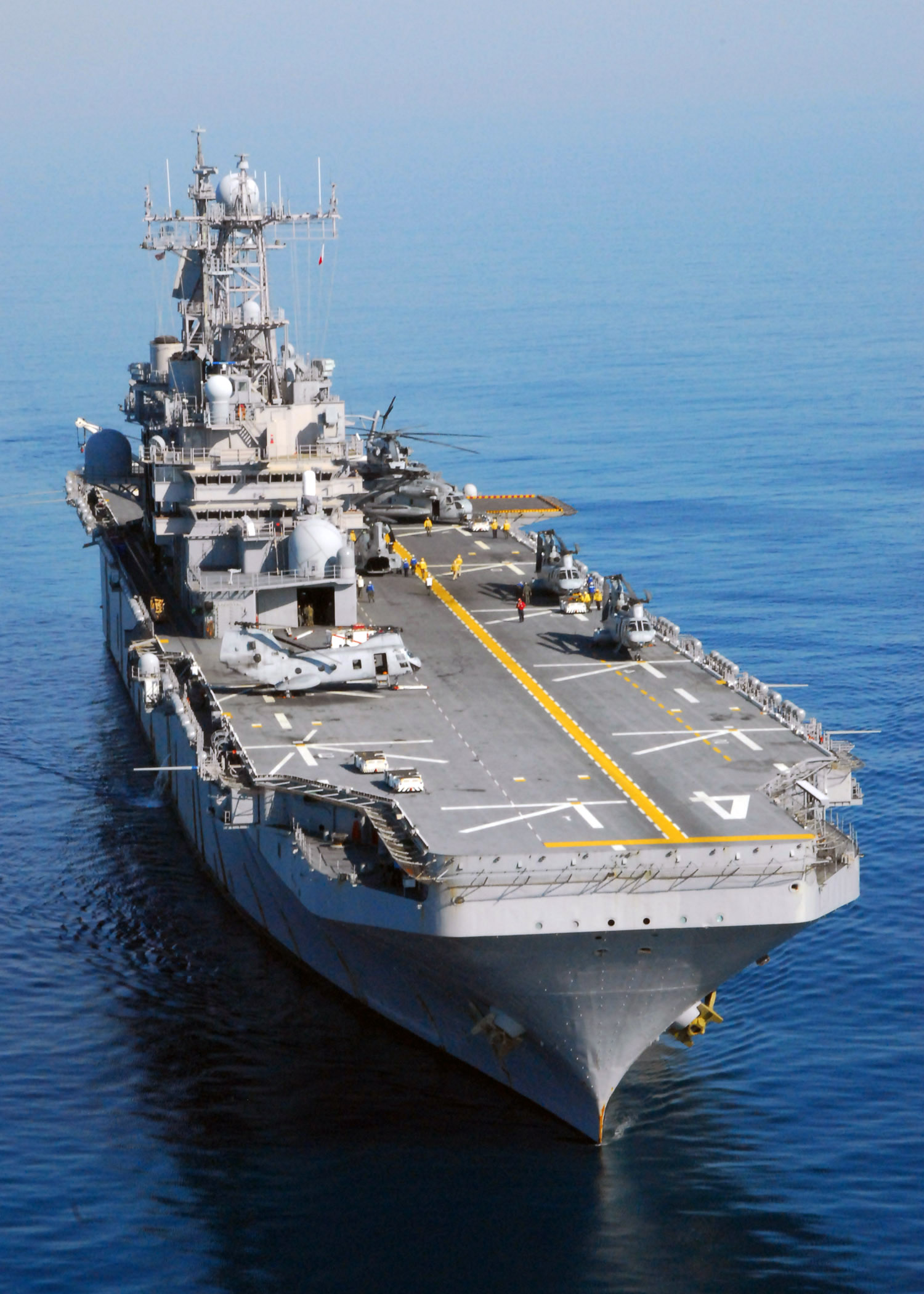 DEBKAfile‘s military sources report that Washington has posted a third carrier opposite Iran’s shores. It is supported by amphibious assault ships and up to 4,000 Navy and Marine Corps personnel, bringing the total US strength in these waters to three carriers and 10,000 combat personnel.

The USS Nassau (LHA-4) Amphibious Ready Group 24th Marine Expeditionary Unit, tasked with supporting the Bahrain-based 5th Fleet area of operations, is cruising around the Bab al-Mandeb Straits where the Gulf of Aden flows into the Red Sea. Its presence there accounts for Tehran announcing Sunday, June 27 that its “aid ship for Gaza” had been called off, for fear an American military boarding party would intercept the vessel and search it.  This would be permissible under the latest UN sanctions punishing the Islamic Republic for its nuclear program.
The third US carrier group to reach waters around Iran consists of three vessels:

DEBKAfile adds: The USS Ashland was the target of an al Qaeda Katyusha rocket attack in 2005 when it was docked in Jordan’s Aqaba port next door to the Israeli port of Eilat. One of the rockets exploded in Eilat airport. The ship exited harbor in time to escape harm.

These new arrivals are a massive injection of naval, air and marine muscle to the strength Washington has deployed in the Persian Gulf-Red Sea-Indian Ocean arena in recent months.

The USS Harry S. Truman Carrier Strike Group consisting of twelve warships is cruising in the Arabian Sea opposite Chah Bahar, the Iranian Revolutionary Guards biggest naval base not far from the Iranian-Pakistan border. It is there that most of Iran’s special commando units are housed.

Also posted in the Arabian Sea, further to the west, is the USS Dwight D. Eisenhower Strike Group.