Oil company is looking to axe £9.5bn in spending in order to sustain profitability amid the costs of the US oil spill 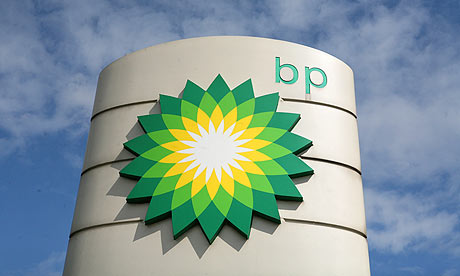 Embattled BP is to cut costs by $14bn (£9.5bn) in six months as part of a radical plan to sustain profitability in the wake of the explosion at its Deepwater Horizon oil rig that has led to the worst spill in US history.

Well-placed City sources say that BP is planning to sell its remaining North Sea interests as well as stakes in dozens of exploration and production projects where it does not exercise overall control. The board will also consider whether to sell its 1.4% stake in Rosneft, Russia’s largest oil company, which it acquired at the time of Rosneft’s 2006 flotation for $1bn.

But there is no question of BP selling out of its Russian joint venture with TNK, as that operation accounts for 25% of its worldwide resources and around 10% of profits.

BP’s British and European assets account for little more than 4% of its global portfolio and several projects in the North Sea are being wound down as supplies become exhausted. But a sale of what is left would symbolise a historic retreat.

The $14bn figure is what BP could save by December via reduced capital expenditure, a suspension of three quarterly dividend payments and asset sales. Similar savings could be achieved by the summer of 2011 if the company, under chief executive Tony Hayward, is forced to introduce an even deeper cost-reduction programme.

BP has told the City that it aims to save around $10bn via sales and a reduction in spending on capital projects over the next 12 months. It would not comment further.

But sources say the company is determined still to push ahead with investments in potentially lucrative projects in South America, Asia and the Middle East, and is prepared to raise funds by issuing corporate bonds to City investors or by increasing borrowings. However, the cost of servicing increased indebtedness could be steep as its credit rating has been slashed by credit rating agencies.

President Obama last week forced the company to set up a $20bn fund to pay for environmental damage from the disaster, which has strained relations between Britain and the US.

But that sum does not include the cost of more than 150 lawsuits filed by people and businesses harmed by pollution that could take years to clean up.

On Friday, credit rating agency Moody’s said it was concerned by the escalating cost of the oil spill, which is expected to continue until at least August. It also warned that the $20bn compensation fund would not cover BP’s liabilities.

It said: “Our assessment reflects a substantial upward revision of the estimated size of the leak, the continued failure to bring the leaking Macondo well [in the Gulf] under control, and the mounting costs and claims for damages.”

The agency added that uncertainty over the ultimate cost for litigation claims and other contingent liabilities will hang over BP’s creditworthiness for years to come.

Moody’s concern is shared by Russian president Dmitry Medvedev, who said he was concerned that the company faces “annihilation”, while Louisiana state treasurer John Kennedy estimates the total cost of the spill could range from $40bn to $100bn, much more than the $20bn that BP has agreed to ringfence in an escrow fund.

Richard Griffith, an oil analyst with Evolution Securities, said President Obama’s energy policy had taken a huge knock. Griffith said: “The idea has been to reduce US dependence on foreign imports by increasing domestic production. But that strategy now appears to be at serious risk with little prospect of opening other areas around the US to offshore drilling.”