The company is purchasing terms such as “oil spill”, “Deepwater Horizon” and “Gulf of Mexico”, so that when a user types these words into the search engines, the results prominently feature a “sponsored link” to BP’s official page on its response to the spill.

Critics have described BP’s move as unethical. Maureen Mackey, a writer on the Fiscal Times, an online news site, said: “What it effectively does is that it bumps down other legitimate news and opinion pieces that are addressing the spill… and \[BP are\] paying big money for that.” 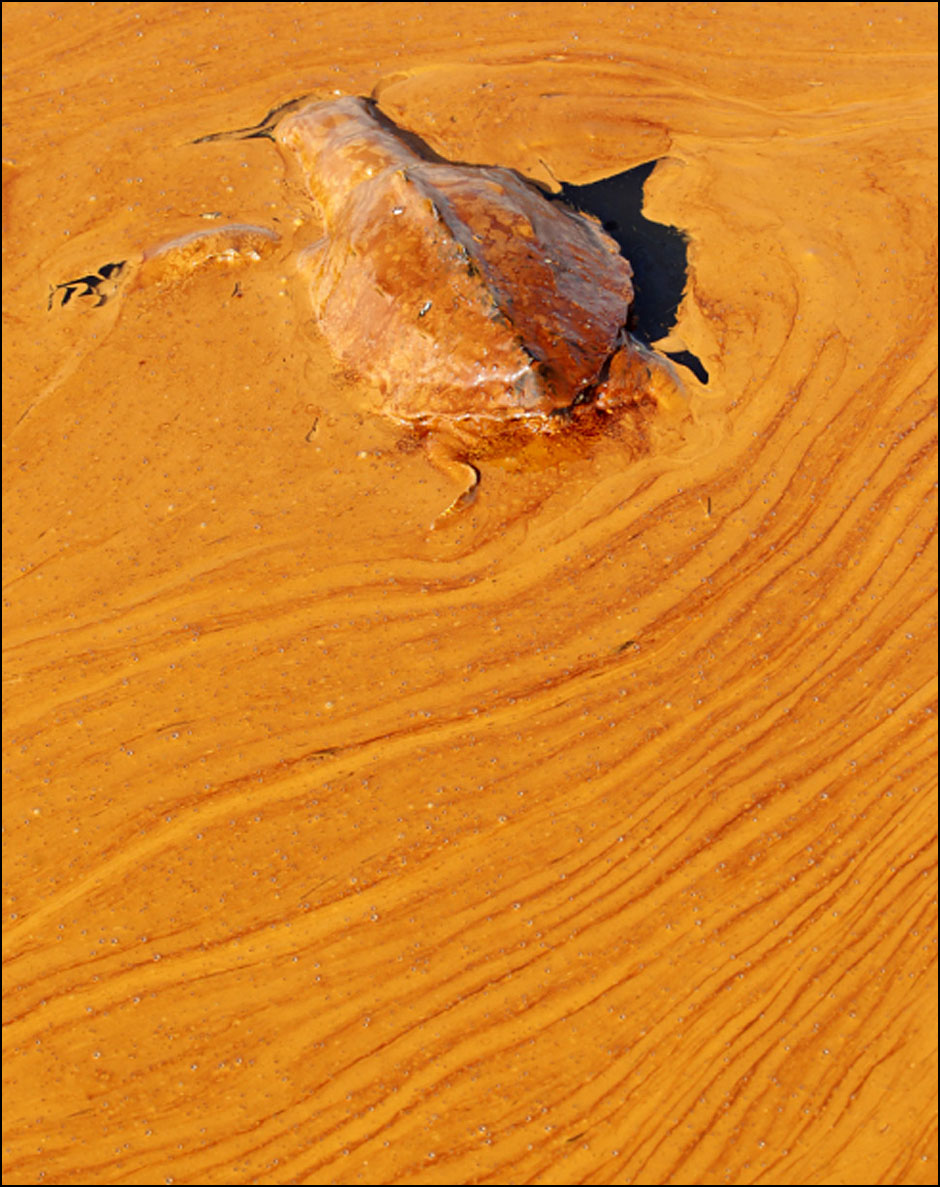 Oil is seen inside protective booms around Queen Bess Island off the coast of Louisiana Monday, June, 7, 2010. (AP)

LONDON (Reuters) – BP Plc has bought terms such as “oil spill” from search engine providers including Google Inc (NASDAQ: GOOG – news) to help direct Internet users to its website as it attempts to control the worst oil spill in U.S. history.

A spokesman said BP would pay fees so its own website would rank higher or even top in the list of results when Internet users search on terms such as “oil spill,” “volunteer” and “claims.”

BP did not say how much it was paying for the service but President Barack Obama has criticised the company for spending $50 million on TV advertising to bolster its image during the crisis.

BP said it wanted to help people who were trying to access information on the BP website to find it more readily, rather than intending to draw away hits from other sites.

“We know people are looking for those terms on our website and we’re just trying to make it easier for them to get directly to those terms,” the spokesman told Reuters.

The largely green and white BP.com website has a large red button at its centre highlighting the “Gulf of Mexico Response.” The right hand side of the response site has a list of buttons advertising information on claims.

BP is trying to control oil spewing from a ruptured well on the seabed in the Gulf of Mexico by using a containment cap.