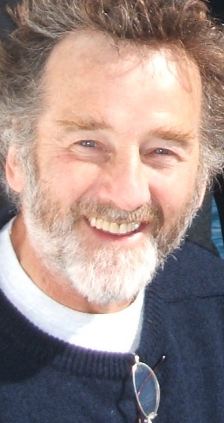 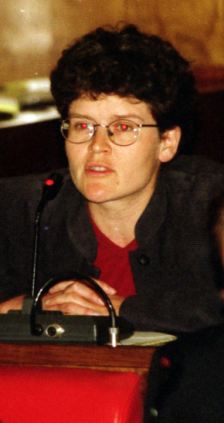 Quit: Professor Brian Wynne and Dr Helen Wallace stepped down from leading roles at the Food Standards Agency, saying it is biased towards GM technology

An official public consultation into genetically modified food has been thrown into chaos following protests that it has been rigged.

The exercise by the Food Standards Agency could now be axed following the resignation of two leading advisers working on it.

The two academics said they were not prepared to support a proposal that would spend £500,000 of public money on a spin exercise to promote so-called ‘Frankenstein Food’.

They argued the money would be better spent on schools and hospitals rather than boosting the interests of GM companies such as Monsanto and Syngenta.

Ministers in the coalition Government are believed to be ready to kill off the idea in a move against Whitehall waste.

The GM consultation plan was ordered by the old Labour government in what critics believe was a last ditch effort to overturn consumer opposition to the technology.

Ministers even appointed Lord Rooker, the former Labour minister Jeff Rooker and a self-avowed advocate of GM farming, to the post of FSA chairman to oversee the process.

The FSA, which has a history of supporting GM technology, made great play of claims that the consultation would be independent. However, two advisers who sit on the steering group overseeing the proposal have stepped down claiming it is biased in favour of GM.

They include the vice chairman, Professor Brian Wynne, a sociologist at Lancaster University.

He is the country’s leading expert on public engagement with science and has also advised House of Lords and EU committees.

Dr Helen Wallace, who is the director of Genewatch UK and a long time critic of GM, has also stepped down.

Dr Wallace said: ‘This is a worst case example of dirty politics where vested interests are paid to dupe the public using public money.

‘Taxpayers will be shocked to learn that a former minister still has his fingers in their pockets long after the New Labour government is dead.

‘This money should be spent on schools or hospitals, not reputation management for Monsanto and other GM companies.’

Professor Wynne added that it appeared the FSA had been ordered to conduct the GM exercise after the biotech industry lobbied the last government-In a letter of resignation-he complained that the planned consultation had turned out to be little more than propaganda.

He accused the FSA of having adopted a ‘dogmatically entrenched’ pro-GM position.

And he was particularly critical of Lord Rooker, accusing him of effectively hijacking the process to ensure it supported GM.

Lord Rooker has dismissed consumers who oppose GM as ‘anti-science’.

However, the reality is that there has been very little independent research on the health aspects of GM crops.

The only large scale UK research on growing GM crops in this country raised serious concerns for wildlife. The associated farming practices destroy the weed population, removing food for bees, butterflies and other insects.

They also harm the food supply for birds.

Policy director at the Soil Association, Peter Melchett, called on the FSA to shut down the GM exercise.