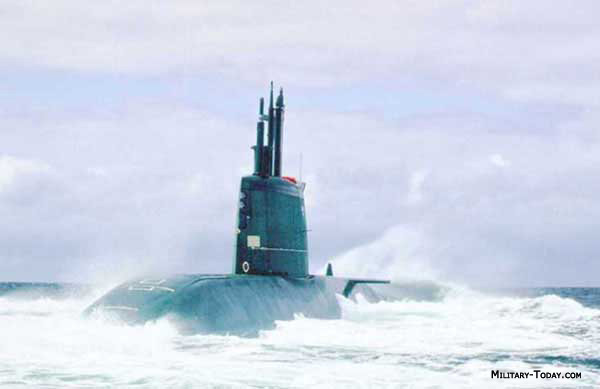 The vessels can remain at sea for about 50 days and stay submerged up to 1,150ft below the surface for at least a week. Some of the cruise missiles are equipped with the most advanced nuclear warheads in the Israeli arsenal.

The deployment is designed to act as a deterrent, gather intelligence and potentially to land Mossad agents. “We’re a solid base for collecting sensitive information, as we can stay for a long time in one place,” said a flotilla officer.

The submarines could be used if Iran continues its programme to produce a nuclear bomb. “The 1,500km range of the submarines’ cruise missiles can reach any target in Iran,” said a navy officer.

Apparently responding to the Israeli activity, an Iranian admiral said: “Anyone who wishes to do an evil act in the Persian Gulf will receive a forceful response from us.”

Israel’s urgent need to deter the Iran-Syria-Hezbollah alliance was demonstrated last month. Ehud Barak, the defence minister, was said to have shown President Barack Obama classified satellite images of a convoy of ballistic missiles leaving Syria on the way to Hezbollah in Lebanon.

Binyamin Netanyahu, the prime minister, will emphasise the danger to Obama in Washington this week.

Tel Aviv, Israel’s business and defence centre, remains the most threatened city in the world, said one expert. “There are more missiles per square foot targeting Tel Aviv than any other city,” he said.