“The WHO is a private corporation just like the Federal Reserve and receives more than two thirds of its funding from the pharmaceutical industry.”

PS: If we were to use all those suppressed great technologies and would treat this planet like our home, then even 13 billion people could easily and happily live on this planet without devastating nature at all. We could turn planet earth into paradise. It’s easy to turn the Sahara desert back into a primeval forest. We have the knowledge and the technology.

Everybody that tells you that we have to reduce the world population has either bought into the propaganda and does not know what he/she is talking about or belongs to the criminal elite that wants to get rid of at least 6 billion people. Why? Because the elite cannot control and suppress that many people in their planned New World Order. 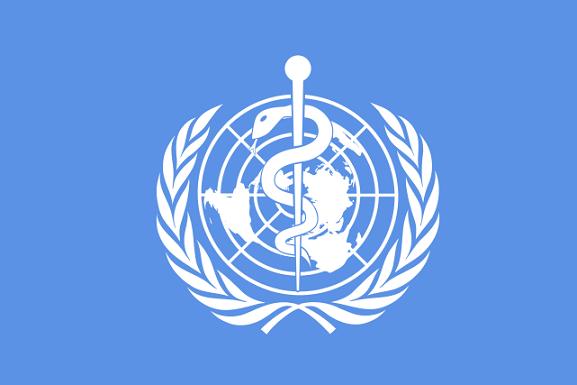 – World Health Organization Moving Ahead on Billions in Internet and Other Taxes (FOX NEWS):

“The World Health Organization (WHO), the United Nations’ public health arm, is moving full speed ahead with a controversial plan to impose global consumer taxes on such things as Internet activity and everyday financial transactions like paying bills online — while its spending soars and its own financial house is in disarray.”

The genocidal maniacs at the WHO want to tax the rich so that they can design new “medicines” to “cull” the population of the poor!

That’s right, those lunatic eugenicists WHO brought you the fraudulent H1N1 pandemic that never was (Margaret Chan et al), and spent billions of your dollars to produce not only useless vaccines, but potentially deadly vaccines, which in themselves are largely medical quackery based not on science, but on fraud and greed.

Don’t forget Dr. Len Horowitz, Harvard graduate and epidemiologist, revealed that the WHO introduced the laboratory-made bioweapon, AIDS, to Africa and the World through purposely contaminated vaccines, in 1976.
Now we are expected to pay for their crimes against humanity.

Research and development of more outlandishly expensive and dangerous drugs and vaccines are designed to destroy the health and immune systems of those pesky “useless eaters.”  That R&D also includes the development of more effective and virulent strains of bacteria and viruses, which the likes of Dr. Henry Niman, of Recombinomics, loves to rant about. If the disease don’t getcha, the cure surely will!

First create the disease. Next, release it into the population (chemtrails, vaccines, GMO’s, ask Bill Gates). Then, provide the magic elixir, which will cost a fortune and serve as the Grim Reaper. Problem, Reaction, Solution!

Just WHO in the HELL do these psychopaths think they are,  and why do they think they have the right to rob people in order to finance their genocidal, population reduction programs? And how long will the public keep rolling up their sleeves welcoming “death” into their bodies?

The US Healthcare System is now the third leading cause of death (Starfield, B. (2000, July 26) Is US health really the best in the world? Journal of the American Medical Association, 284, 483-485)! This failed medical model consists largely of toxic medicines, vaccines, radiation/ chemotherapy, and surgery.

If this pharmaceutical approach to disease is now the third leading cause of death in America, only behind heart disease and cancer, why would we want to expand that deadly model to the poor nations? Two words….
“USELESS FEEDERS”!

Well world, are you going to sit back and let this Fourth Reich of Nazi psychopaths stomp all over you and your loved ones? Most likely you will.

1 thought on “WHO Wants to Tax Us to Death, Plans Billions in Internet and Other Taxes”