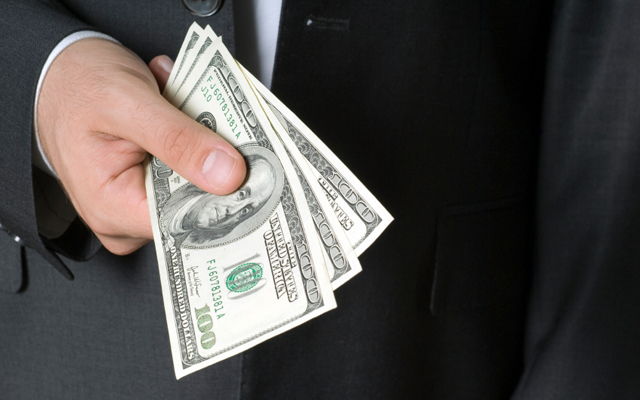 May 6 (Bloomberg) — KBR Inc. was selected for a no-bid contract worth as much as $568 million through 2011 for military support services in Iraq, the Army said.

The Army announced its decision yesterday only hours after the Justice Department said it will pursue a lawsuit accusing the Houston-based company of taking kickbacks from two subcontractors on Iraq-related work. The Army also awarded the work to KBR over objections from members of Congress, who have pushed the Pentagon to seek bids for further logistics contracts.

KBR, the Army’s largest contractor in Iraq, will review the litigation when it is received and “will continue to cooperate with the government,” company spokeswoman Heather Browne said in an e-mail. “Gifts of dinners, baseball tickets and similar items would violate KBR policies and KBR was not aware of these violations.”

KBR will continue to provide services in Iraq such as housing, meals, laundry, showers, water purification and bathroom cleaning under the new order, which was placed under a military contract KBR won in late 2001, shortly after the U.S. invaded Afghanistan.

The Army has “reviewed the government’s notice to intervene” in the whistleblower lawsuit, Army spokesman Dan Carlson said. “We feel we have appropriate safeguards in place” to protect the government’s interests.

The no-bid work order is unusual because the Army, at the insistence of Congress, has since April 2008 put all logistics orders to bid, pitting KBR against Falls Church, Virginia-based DynCorp International Inc. and Irving, Texas-based Fluor Corp.

The Army didn’t put this work out for bids because U.S. commanders in Iraq advised against it, saying that enlisting a new company would be too disruptive as the U.S withdraws, Army program director Lee Thompson said in an interview before the Justice Department action was announced.

“Odierno said, ‘I’ve got three million pieces of equipment I’ve got to get out of Iraq, I’ve got 100 or so bases to close, I’ve got to move 80,000-plus people out of here and you want me to change horses in the middle of the stream?’” Casey recounted.

The Army, in its statement yesterday, said putting to bid an order for 18 months’ work and making the transition to a new contractor would cost at least $77 million. The KBR work order will be awarded by Aug. 31, said Mike Hutchison, deputy director of Army logistics contracting.

The lawsuit is the second government action this year against KBR. The U.S. sued the company on April 1, alleging that it used private armed security guards in Iraq between 2003 and 2006 in violation of its Army contract and then improperly billed for their services.

Before yesterday’s Justice Department announcement, the Army had said in an e-mailed statement that it was aware of the April lawsuit and would use “additional oversight measures to ensure only reasonable, allowable costs are paid” under the new work order.

KBR’s no-bid work order drew criticism from two U.S. senators even before it was announced.

Senator Claire McCaskill, the Missouri Democrat who heads a subcommittee that oversees military contracting, and the panel’s ranking Republican, Susan Collins of Maine, wrote Defense Secretary Robert Gates on April 30 urging the Army against “continued reliance” on KBR in light of the Justice Department’s April lawsuit.

“The Army has a big burden to demonstrate that a decision to not compete is in the best interest of the military and American taxpayers,” McCaskill said in a statement last night. “We will hold their feet to the fire and continue to demand accountability on this decision.”

Under the new competitive-bid approach, KBR on March 2 won a one-year, $571 million contract with four option years that, if exercised, could be worth as much as $2.77 billion.

That contract calls for KBR to provide services including transportation and postal operations. DynCorp initially protested the award and then dropped its objections.

To contact the reporter on this story: Tony Capaccio at acapaccio@bloomberg.net

– US Troops in Iraq talk about Halliburton & KBR (Flashback)

– Former workers accuse employees of improper activity, including the stealing of weapons, artwork and gold