“It is a concerted plan to transform New Zealand towards GE-based, GE-animals economy.” 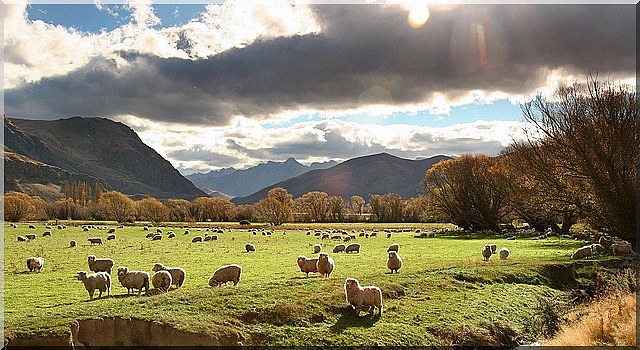 Scientists have been given permission to put human genes into goats, sheep and cows for the next 20 years, to see if the animals will produce human proteins in their milk.

But people will not be pouring the genetically modified milk on their Weetbix just yet – the milk will be discarded.

AgResearch won Environmental Risk Management Authority approval to allow a handful of scientists to breed and keep genetically-modified animals at the Ruakura research facility, near Hamilton.

There are no immediate plans to genetically modify sheep at Ruakura.

Simon Terry, of environmental consultancy the Sustainability Council, welcomed conditions making it clear the milk could not be made for commercial sale but he was concerned the 20-year time limit was three times as long as the last GM experiment at the facility.

And he feared Ruakura would become a “GM animal warehouse” because there were no limits on the number of animals.

Jon Carapiet, of GE-free NZ, said the decision was the beginning of a “mega-transformation” of New Zealand agriculture.

But AgResearch’s applied biotechnology head Jimmy Suttie said there were no plans to release any genetic material into the food chain.

He said human genetic material in the animals would be “switched on” only in the mammary glands of lactating animals, leaving the beasts otherwise unchanged.

AgResearch hopes human proteins made by the animals could eventually be used to make “biopharmaceuticals” to treat rare human diseases and boost New Zealand’s income in the pharmaceuticals market.

Keeping GM goats will be a first for the facility, and people who spoke at the public hearing on the application were eager to warn the company about goats’ incredible abilities to escape.

Dr Suttie said any human DNA used would almost certainly not be from a traceable person. It was now possible to build wholly synthetic human genes in a test tube using information bought from overseas databanks, he said. Agresearch has said it will not use Maori DNA because of cultural concerns.

Meanwhile, ERMA is considering broader plans by AgResearch to modify livestock to make antigens, biopharmaceuticals, enzymes, hormones and other products after the Court of Appeal overturned a High Court decision blocking the applications.

“Conspiracy is probably a strong word, but [it is] a concerted plan to transform New Zealand towards GE-based, GE-animals economy,” Mr Carapiet said.

HOW IT WORKS
* Scientists take a piece of human DNA code.
* DNA code is injected into nucleus of a cell from a cow, goat, or sheep, sometimes using an inactive virus.
* Culture the cell and find out whether it is “working” and able to produce human protein.
* Put the nucleus of the cultured cell into an egg taken from the ovary of a dead cow from the abattoir whose original nucleus has been removed.
* Put the reconstructed egg into a the uterus of a host cow (non-GM).
* GM calf is born. When the calf matures she should be able to make milk with human protein in it.

2 thoughts on “New Zealand: Human DNA To Be Injected Into Goats, Cows, And Sheep”