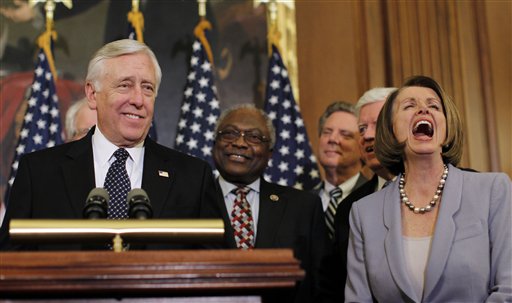 At least seven of these taxes directly affect health consumers regardless of income, such as the individual mandate to buy insurance, the employer mandate, the tanning tax, and limits and penalties on health savings accounts. In addition, Republicans argue that the tax impact of the law should include indirect taxes, such as the annual taxes on the health care sector that will be passed on to consumers.

On many occasions during the 2008 presidential campaign, candidate Barack Obama pledged that, if elected, he would ensure that Americans earning less than $250,000 a year would not see a federal tax increase of any kind. 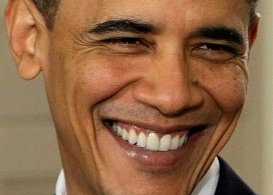 President Barack Obama smiles in the East Room of the White House in Washington, Tuesday, March 23, 2010, during the signing ceremony for the health care bill. (AP Photo)

“I can make a firm pledge. Under my plan, no family making less than $250,000 a year will see any form of tax increases,” the Illinois senator told a crowd in Dover, N.H. on Sept. 12, 2008. “Not your income tax, not your payroll tax, not your capital gains taxes, not any of your taxes.”

As president, Obama repeated the pledge during his Feb. 24, 2009 address to a joint session of Congress.

“If your family earns less than $250,000 a year, you will not see your taxes increased a single dime. I repeat: not a single dime,” the president said.

The bulk of the $500 billion in tax increases in the new health care law targets households earning $250,000 and individuals earning $200,000 — for example, the increase in the Medicare payroll tax. But many of the taxes hit the general public at large.

The individual mandate, for example,  will require all legal U.S. residents to purchase a government-approved health insurance plan beginning in 2014. Once the reconciliation bill is voted on in the Senate to amend the law signed by Obama this week, the individual mandate will require a single person to pay 2.5 percent of their income or $695 if they do not purchase health insurance.

The government will also mandate that employers provide health insurance for their employees. This mandate would include small businesses with revenues below $250,000 per year. If the employer does not provide health insurance, the business will have to pay a tax of $750 for each full-time employee. For the employer who requires a waiting period of 30-to-60 days, there is a $400 tax per employee and $600 per employee if the business takes longer than 60 days to comply. This is found in Section 1513 of the bill for “shared responsibility for employers.”

“Small businesses are particularly hard hit,” said Rep. Charles Boustany (R-La.), a doctor and member of the House Ways and Means Committee, which writes tax laws. “They may end up with revenue below $250,000 and will have less take-home pay.”

Under the new law, Americans would not be able to use pre-tax dollars from health savings accounts (HSA), flexible spending accounts (FSA), or health reimbursements accounts (HRA) to buy over-the-counter non-prescription medicines. This measure takes effect in 2011 and is supposed to bring in $5 billion dollars. This is found in Section 9003 of the law, under “Distributions for medicine qualified only if for prescribed drug or insulin.”

“Many of us expected the president would violate his pledge,” Boustany told CNSNews.com. “HSAs and FSAs are a prime example. There are other adjustments we will find as we dig into this law. The more the American people see, the more they will find how the amount of tax increases affects them personally.”

Further, the law increases the tax from 10 percent to 20 percent for non-medical early withdrawals from a health savings account for those under the age of 65. This measure takes effect in 2011 and is estimated to increase revenues by $1.3 billion. This is under Section 9004, “Increase in additional tax on distributions from HSAs and Archer MSAs not used for qualified medical expenses.”

Beginning in 2011, the government will impose a cap of $2,500 on FSAs, which are now unlimited, as a means of raising $14 billion in revenue. This is under Section 9005, “Limitation on health flexible spending arrangements under cafeteria plans.”

Those seeking a tan without catching natural rays will find a new 10-percent excise tax on using indoor tanning salons. The tax, estimated to raise $2.7 billion, will take effect in July. This is under Section 10907, “Excise tax on indoor tanning services in lieu of elective cosmetic medical procedures.”

Now, medical expenses that exceed 7.5 percent of a person’s adjusted gross income can be deducted for tax purposes. But the new law raises that deduction threshold to 10 percent of adjusted gross income, meaning fewer tax deductions for someone with high medical costs. This provision starts in 2013 and is supposed to raise $15.2 billion in revenue. This is under Section 9013, “Modification of itemized deduction for medical expenses.”

The law also imposes a 40-percent tax on high-cost insurance plans reaching $10,200, but exempts union members unless the cost of their plan reaches $27,500. This is called the “Cadillac tax.” This tax is actually on the insurer. This goes into effect in 2018 and is estimated to raise $32 billion in revenue.

There is also a tax on insured and self-insured health plans for a patient-centered outcomes research trust fund. Boustany called this a slush fund for the Department of Health and Human Services to dole out grants.

The government estimates it will bring in $107 billion in revenue from new taxes on insurance companies, drug manufacturers and medical device manufacturers. These are three separate indirect taxes that will be passed on to consumers, Republicans contend.

“The annual tax on drug manufacturers and device makers will all be passed along to the consumer,” Rep. Cynthia Lummis (R-Wyo.) told CNSNews.com. “The high-cost plan will encourage some employees to join a union to get a 40-percent discount.”

But Americans for Tax Reform, a libertarian taxpayer-advocacy group, does not believe it is necessary to consider indirect taxes.

“Frankly, you can say any tax is going to affect consumers. We didn’t need to really stretch to include too many other things,” ATR tax policy analyst Ryan Ellis told CNSNews.com. “We have seven that were pretty clear violations of President Obama’s pledge not to raise taxes on these people. The one you always hear people bring up is the Cadillac excise tax. That’s not a tax on people, that’s a tax on the insurance company. We’ve never asserted that that is a tax [on consumers] because frankly it isn’t. We don’t need to make that argument because there are seven that clearly are.”

Just before signing the bill into law, President Obama said, “And this represents the largest middle-class tax cut for health care in our history.”

“Today, in the greatest of American traditions – opportunity and community – we enacted a law that will improve the overall health of our citizens and the overall well-being of our nation,” Levin said in the March 23 statement. “This legislation was the product of generations of hard work, driven by the personal stories of so many who have suffered from a lack of health insurance and the devastation of rising health care costs.”