It all began with the ruling that a corporation is legally a ‘person’, which undermined the constitution and was dead wrong.

Then in another case (1980 Diamond v. Chakrabarty) those idiot supreme court judges ruled that it is OK to patent life forms, were before life forms were considered a part of nature and were not patentable.

This ruling lead to corporations patenting the genes of everything they can think of, that could later on bring them profit. 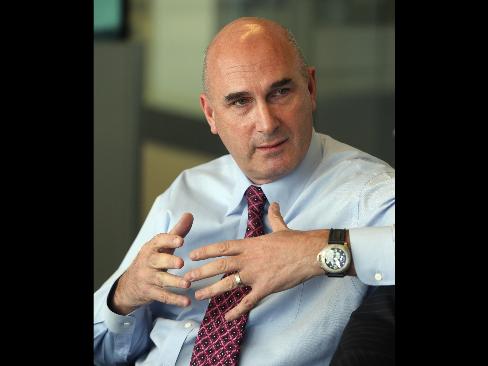 The Department of Justice and seven state attorneys general are investigating whether the world’s largest seed company is using gene licenses to keep competing technologies off the market. At issue is how the St. Louis-based company sells and licenses its patented trait that allows farmers to kill weeds with Roundup herbicide while leaving crops unharmed. The company’s Roundup Ready gene was in 93 percent of U.S. soybeans last year.

“Justice is clearly trying every way it can to see whether Monsanto is exceeding its rights under the patent,” said James Weiss, a Washington-based attorney at K&L Gates LLP who helped defend Microsoft Corp. against a federal antitrust probe. “At the end of the day, they may not be able to do much with it because of the scope of those patents. In almost all the cases, the courts come out on the side of intellectual property.”

Yet Monsanto’s seeds are so ubiquitous that they have become like AT&T’s telephone lines before the company’s 1984 breakup or Microsoft Corp.’s Windows operating system in the 1990s, said James P. Denvir, an attorney who represents rival seedmaker DuPont Co. and led the government’s AT&T case.

“Both cases involve what I think of as a classic platform monopoly,” Denvir said. “It’s a facility that competitors need access to, to compete against the monopolist.”

Monsanto and DuPont, which are suing each other over a biotech seed license, both hired former Justice Department lawyers who have handled high-profile cases.

Webb credits Monsanto with “revolutionizing the agriculture marketplace” and said antitrust claims such as those in DuPont’s suit aren’t an uncommon response to patent infringement cases such as Monsanto’s.

“The perception among farmers is that DuPont’s complaints about exclusivity are without merit,” said Webb, a Chicago- based Winston & Strawn LLP partner.

Denvir, who represents DuPont, said farmers are among the victims.

“Clearly, we are too,” he said. “The bigger harm, the more important harm, is to farmers in denying them the best seeds they can get at the lowest possible prices.”

While patents provide some protection from antitrust claims, giving a company a legal monopoly for a specified time, patent rights can be abused, DuPont lawyers and others said.

“There is a very robust patent system in this country and if you are abusing a patent to extend or maintain a monopoly, that is not legal,” Varney said. “We are looking at those very important issues.”

The department probably is reviewing whether Monsanto’s licensing restrictions on seeds have a legitimate business justification, said Rule, who occasionally advises Monsanto and isn’t working with Webb on the antitrust case.

“When you have that sort of monopoly power, it can lead to abuse, which is what we’ve been experiencing over the past several years,” said Thomas L. Sager, DuPont’s general counsel.

Wilmington, Delaware-based DuPont claims Monsanto protects its lead in biotech seeds, including the Roundup Ready seeds sold since 1996, by controlling whether competitors can add their own genetics.

Monsanto also has begun switching seedmakers and growers from Roundup Ready soybeans to the newer Roundup Ready 2 Yield version in advance of the original’s patent expiration in 2014. DuPont says Monsanto is using incentives and penalties to switch the industry to the new product in a way that unlawfully extends the Roundup Ready monopoly.

“This is about trying to obtain a level playing field so innovators can introduce combinations of choices to the farmer that increase yield and of course feed the world,” Sager said.

At least seven states are investigating many of the same claims, as well as whether Monsanto illegally offered rebates to distributors who limit sales of competing seed, according to one person involved in the probe who asked not to be named because he isn’t authorized to discuss it.

3M Co.’s use of rebates to induce retailers to buy more transparent tape and curtail purchases from a smaller supplier was ruled anticompetitive by the U.S. Circuit Court of Appeals in 2003.

Monsanto has amended its practices to address some criticisms. The company will help the introduction of generic Roundup Ready soybeans by maintaining foreign import approvals during the transition, a process that will be followed for off- patent biotech seeds in the future, Chief Executive Officer Hugh Grant said in a January interview. Monsanto last year stopped giving rebates to dealers who limited competing seeds’ sales, said Kelli Powers, a spokeswoman.

Monsanto will maintain foreign import approvals for generic Roundup Ready soybeans through 2017 and is willing to provide an industry group with the necessary health and safety data to maintain foreign registrations beyond then, Jim Tobin, a company vice president said today.

Monsanto pays as much as $2 million a year to maintain approvals in the seven countries that require periodic renewals, he said.

“Trait development has been stunted by the inability to get access to the Roundup Ready platform,” Denvir, an attorney with Boies Schiller & Flexner LLP, said in an interview in his Washington office. The firm was founded by David Boies, who led the government’s successful antitrust suit against Microsoft. Roundup Ready is “licensed so broadly that if you want to offer any trait, it has to be somehow combined with that trait.”

While Monsanto has promised to allow generic versions of its products to emerge, Denvir said he is unconvinced that will happen without government intervention.

Monsanto got its lead in seed biotechnology because it invested in research long before DuPont and other competitors, said Webb, Monsanto’s counsel. The company spent $6 billion on seed research in the 10 years through 2008 and $1 billion a year since then, said Powers, the company spokeswoman.

Among the cases relevant to the claims against Monsanto is a 2004 Supreme Court decision that Verizon Communications Inc. and other phone companies didn’t break laws by doing too little to encourage competition, said Rule, the former antitrust division head.

A Federal Circuit Court of Appeals ruling in February 2000 that Xerox Corp. can’t be sued for using patents to establish or entrench a monopoly also may apply to the Monsanto disputes, he said.

The cases reflect how U.S. courts have given intellectual property owners leeway to control licensing to make the property more valuable, encourage the owner to widely license the technology and support further investment, he said.

Monsanto persuaded U.S. District Judge Richard Webber in September to separate the licensing case from DuPont’s antitrust counterclaim. The seedmaker won an additional incremental victory in January when Webber ruled that DuPont violated the companies’ licensing agreement by combining Monsanto’s Roundup- tolerance gene with a DuPont gene that does the same thing.

Patent infringement is “a fair and proper case,” Webb said. “Monsanto will have its day in court and it will not be cluttered with the antitrust counterclaim.”

“The antitrust division today is more willing to look at assertions” of anticompetitive behavior, Rule said. “This is something they have a right to look at. Once they get into an investigation, they are pretty good at making up their own mind.”

To contact the reporters on this story: Jack Kaskey in New York at jkaskey@bloomberg.net; William McQuillen in Washington at bmcquillen@bloomberg.net.