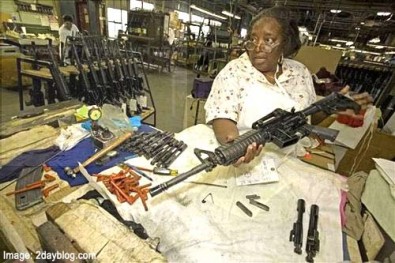 The total is probably more as many NICS background checks cover the purchase of more than one gun at a time by individuals.

To put it in perspective that is more guns than the combined active armies of the top 21 countries in the world. countries by number of troops

Of the NICS background checks preformed less than and average .005% were denied, showing, overwhelmingly, that law abiding American citizens are the ones buying guns and that criminals are getting their guns elsewhere.

Assuming each gun buyer bought 1000 rounds of ammo for each purchase, and you and I know that it is way, way more than that, that would be easily 14,033,824,000+ billions rounds of ammo fired by USA gun owners.

What percent of people were killed or injured by this ammo…it is just to infinitesimally small for me to calculate?

This record year in firearms background checks show that Americans are solidly in-favor of exercising their civil right to Keep and Bear Arms.

In a year were crime has reached an all time record low what is plainly clear is that more guns equal LESS CRIME!

The actual numbers are much higher.