Britain is at risk of a Government deficit crisis worse than that of Greece, sparking serious fears over the economic stability of the country. 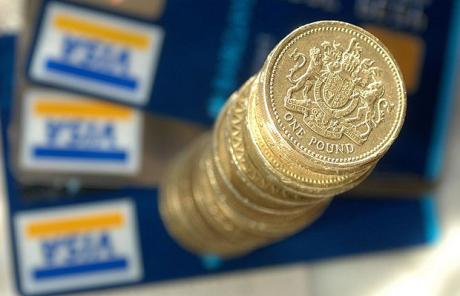 Economists said that the scale of the shortfall in the budget could this year mount to above £180 billion Photo: PA

In surprise news which sent the pound sliding on Thursday, official figures showed that the Government borrowed £4.3 billion last month.

It was the first time since 1993 that the public finances had gone into the red in January – a month in which tax revenues usually push the Exchequer into the black.

Economists said that the scale of the shortfall in the budget could this year mount to above £180 billion – higher than even the Chancellor’s forecast of a record £178 billion.

Such a deficit would, at 12.8 per cent of British gross domestic product, be even greater than the deficit faced in Greece, which is facing a full-scale fiscal crisis and may need to be bailed out by fellow euro nations or the International Monetary Fund.

The public borrowing figures coincided with further bad news from the housing market, as the Council of Mortgage Lenders reported that mortgage lending dropped last month by 32 per cent, hitting the lowest monthly total in a decade.

The Bank of England also reported a decline in lending to businesses, indicating that the economic slowdown is far from over.

The poor economic figures came as a major blow for the Chancellor, Alistair Darling, coming a month ahead of the Budget, which he had hoped would provide proof that the economy was finally on the mend.

The news also came ahead of Gordon Brown’s unofficial launch to the Labour election campaign, which the Prime Minister hopes to base on his party’s economic record and policies. (ROFL!)

Mr Brown will tomorrow (SAT) launch Labour’s election slogans for the general election, still pencilled in for May 6. They are: “Ensuring the recovery”; “Protecting frontline services”; “Standing up for the many”; and “Protecting future jobs and new industries.”

Despite growing warnings from economists and business leaders that the size of the deficit poses a grave threat to Britain’s economic future, Labour says public spending should not be cut before 2011/12.

In a speech in London today (FRI), the Prime Minister will insist that the Conservatives’ plans to tackle the deficit by cutting spending this year would undermine the recovery.

The Office for National Statistics said the Government had never before had to borrow cash in January, adding that the shortfall meant it had now borrowed some £122 billion this year, equivalent to around £2,000 for every man, woman and child in the country.

The scale of the debt has been far greater than in previous recessions because the recession has brought with it a collapse in tax revenues, particularly from the City, and a sudden increase in social benefits payments to the unemployed and disadvantaged.

Jonathan Loynes of Capital Economics said that although Britain’s national debt was far lower overall than that of Greece, the UK deficit – the rate at which it is borrowing each year – may now be even greater.

He said: “With the budget deficit heading towards 13 per cent of GDP this year, and perhaps exceeding that of Greece, it is clear that a more credible plan to restore the public finances to health will be required shortly after the general election to keep the markets and rating agencies at bay.”

A host of economists and businessmen have urged the Government to slash the deficit faster and deeper than it currently plans, with 20 leading academics warning last weekend that without action on the public finances, Britain could face a crippling fiscal crisis.

The Conservatives have warned that Britain could sacrifice its top credit rating unless the next Government takes drastic action.

“The Prime Minister must now heed the advice of leading economists and business leaders and set out a credible plan to get the deficit under control, starting this year to put Britain back on her feet. The longer he delays, the more the recovery and our credit rating will be put at risk.”

In the wake of the statistics, Treasury officials spent much of the morning calling round the City, urging major investors not to panic.

However, the Government’s cost of borrowing, as signified by the interest rate it pays on its bonds, rose to 4.1 per cent – the highest level in 15 months.

A Treasury spokesman said: “These figures keep us on track to meet our pre-Budget report forecast… the pre-Budget report predicted a sharp decline in self-assessed capital gains tax and income tax receipts paid this financial year, with January being the most important month for these receipts; that fall is evident in today’s figures.”

Owen James of the Centre for Economics and Business Research said: “In the wake of the continuing problems for Greece, international investors are wary of economies with large deficits. Despite the fragile nature of the recovery, Britain must avoid the predatory eyes currently focused on the likes of Portugal, Spain, Italy and Ireland.

“It is imperative that appropriate action to reduce public borrowing is taken by the next government; we are sceptical on whether the pre-election Budget will contain sufficient actions to appease market concerns. Today’s data underlines the need to make clear commitments on future policy.”

James Knightley, an economist at ING Financial Markets said: “Given the concerns about public deficits around Europe at the moment, this could put the UK back in the spotlight.”

– PIMCO’s Bill Gross: UK a ‘must to avoid’ as its debt lies ‘on bed of nitroglycerine’